About a year ago, Hong Kong’s once-unassuming Causeway Bay Books quickly became a symbol — and a casualty — of the semi-autonomous territory’s independent spirit. The shop, which sold politically sensitive titles banned by Beijing, was shuttered in late 2015 after five of its employees mysteriously disappeared at the hands of Chinese authorities, possibly outside of their jurisdiction.

The shop’s founder and former manager, Lam Wing-kee, now says Causeway may be reborn in nearby Taiwan, China’s other rogue outpost. In a recent interview with Nikkei Asian Review, Lam, now 62, said the democratic self-ruled island off China’s coast affords greater protection for the press than Hong Kong. He said he plans to re-establish his shop in the capital Taipei as a “symbol of resistance.”

“Hong Kong’s protection for the fourth estate is just incomparable with [that of] Taiwan,” Lam told NAR. He said the shop will likely open later this year with support from pro-democracy activists based in Hong Kong. Taiwan, which China considers a rogue province, is viewed as a progressive democratic stronghold in a region riddled with autocracy. Reporters Without Borders recently chose Taipei as the location of its new regional bureau, while Hong Kong slid further down the ranks on its annual press freedom index.

The 2015 disappearances of Lam and four of his colleagues sent a chill throughout Hong Kong’s publishing industry. The special administrative region, which began a transfer from British to Chinese sovereignty in 1997, has enjoyed greater personal freedoms than much of the mainland under an agreement known as “one country, two systems.” Many fear that those liberties are eroding as Beijing attempts to hedge its influence before the agreement’s 2047 expiry, when Hong Kong’s sovereignty will again be under question.

When Lam reemerged in Hong Kong in June of last year after eight months of absence, he told reporters in an extraordinary press conference that he had been abducted by Chinese agents, blindfolded, transported to a facility in mainland China and denied due process. He said he had been released only so he could provide his captors with a database of customers who had purchased his books, mostly scandalous (and thinly sourced) stories about the private lives of China’s communist leadership.

Read More: The Fate of China’s Freest City Could Depend on This One Frail Bookseller

Upon his return and his defiant accusations, Lam said he was offered asylum in either the U.S. or Taiwan, amid fears that Chinese authorities might target him again. While he now hopes to do business in Taiwan, Lam said he will remain living in Hong Kong despite the risks. “You might choose to escape abroad, but then you are only enjoying the fruits of others,” he told NAR. “As a native Hong Konger, I would stay here to fight for democratic changes.” 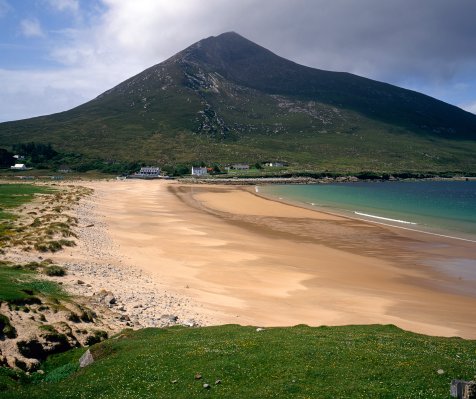 Irish Beach Returns 33 Years After Disappearing
Next Up: Editor's Pick