President Donald Trump looks to House Speaker Paul Ryan of Wis., and other House congressmen in the Rose Garden after the House pushed through a health care bill, at the White House in Washington, D.C. on May 04, 2017.
Jabin Botsford—The Washington Post/Getty Images
By Katie Reilly

Less than a third of Americans support the GOP health care bill aimed at repealing the Affordable Care Act that passed the House last week, according to a new poll.

While 31% of Americans said they support the bill, 44% of respondents said they oppose it and a quarter said they were unsure, according to the HuffPost/YouGov survey.

More of those surveyed (39%) said the American Health Care Act would likely be worse than the Affordable Care Act than said it would be better (26%).

The GOP bill passed narrowly in the House and now faces consideration in the Senate. 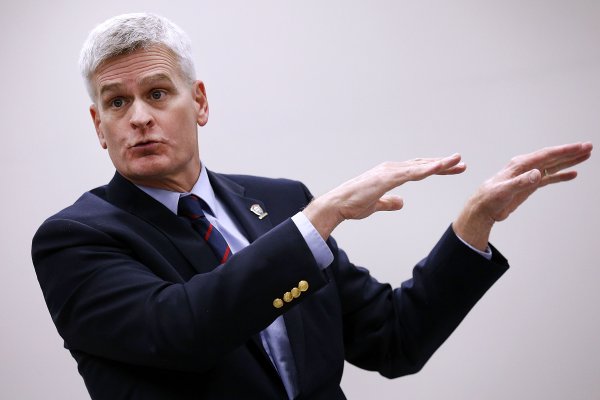