I Survived Flesh-Eating Bacteria—and It Changed My Life Forever

This essay is part of a TIME series on the growing effects of antimicrobial resistance: superbugs that may no longer be treated with standard-course antibiotics. In 2016, World Health Organization leaders called drug resistance a “major global threat” that’s estimated to kill 10 million people a year in 2050. Here is the remarkable story of Aimee Copeland, who lost her leg, foot and hands after acquiring a bacterial infection that couldn’t be cured with standard antibiotics alone.

Before my accident, I had big plans for the summer of 2012. Everything seemed to be going right: I had just finished my final exams (I was working on my master’s degree in psychology), I was in a relationship, and I had a job as a waitress at a local café in Carrollton, Georgia.

After finishing my shift on the afternoon of May 1, a coworker invited me and another friend to hang out at her home. It was a warm, sunny day, and there was a beautiful creek in her backyard. We put on our swimsuits and started wading in the water. Soon enough, we stumbled across an old, homemade zip line. I’ve always been adventurous, so I was thrilled to try it. All of us went across the zip line once with no problems. But on my second try, I heard a loud snap. The zip line broke, and I was hurled to the sharp rocks below. I got a nasty gash on my left leg and had to go to the hospital, where I was given 22 staples to close the wound.

If only that was the worst of it.

A few days after the injury, I knew something wasn’t right. Even though I was given antibiotics, my leg didn’t seem to be responding or getting better. Instead, the pain in my leg felt like it was moving to different parts of my body, which didn’t make sense. Then one morning, I woke up and discovered my entire left leg looked like it was rotting. I couldn’t speak, and I felt like I was dying. What happened next remains a blur.

I was rushed to the hospital, where doctors eventually diagnosed me with necrotizing fasciitis—also known as flesh-eating bacteria—a bacterial infection that was destroying my tissue. The infection wasn’t responding to antibiotics. If doctors didn’t act fast, the bacteria would kill me quickly.

I was airlifted to a hospital in Augusta, and upon arriving, doctors told my parents that my organs were starting to fail. They asked for their permission to amputate my left leg and some of my abdomen to stop the bacteria from spreading to other parts of my body. I don’t remember much from this initial surgery since I was on life support, going in and out of consciousness. My parents said that every time I woke up, I would ask them where I was and how I got there. Each time I would react like it was the first time they were telling me. It was traumatizing for all of us.

MORE: Why Bacteria Are More Threatening Than Ever

The first thing I solidly remember from the ordeal happened a few days after losing my leg. My dad sat next to me in the hospital room, gently took my hands into his own and held them up so I could see them. My hands were dark purple and black and looked unrecognizable. Drugs I was taking, called vasopressors, had tightened my blood vessels and raised my blood pressure to keep adequate blood flow to my organs. But as a consequence, my hands and feet lost blood, and my risk for infection was high.

“Aimee, these hands are not healthy,” my dad explained. “They are hampering your progress. The doctors want to amputate them and your foot today to assure your best possible chance of survival.”

It was really hard to hear, but at that moment, all I wanted was to live. If my hands could hurt the rest of my body, then take them off. “Let’s do this,” I told my parents.

During the surgeries I was given a lot of painkillers, so everything felt hazy. It wasn’t until the medication wore off and I started physical therapy a few weeks later that I truly began to grieve the loss of my limbs. As I was learning to feed myself, brush my teeth and get dressed with no hands, it dawned on me that this was going to affect the rest of my life. But I was determined to move forward, and thanks to a supportive community around me, I pushed through the pain. I attended a 51-day rehabilitation program at the Shepherd Center in Atlanta, where I worked to rebuild my strength. It felt like boot camp. I spent hours learning how to get in and out of my wheelchair, and eventually I was fitted with prosthetics. Soon enough I was baking brownies and making jewelry.

My experience, and my positive outlook, gained a lot of media attention. I’m glad my story was inspiring, but I worry that people think I was happy-go-lucky the entire time. I cried a lot and went through a really dark period. My self-esteem was shot. I was going through withdrawal from all the painkillers I stopped taking, and my boyfriend and I broke up. The trauma of what we both experienced was just too much. I felt like I lost my best friend.

But these traumas, both physical and emotional, did not hold me back. When physical therapy was over, I finished school and obtained my master’s in psychology like I had always planned. After that, I got my social work license. I began interning at the Shepherd Center—the same rehab center where I was initially treated—and helped other people cope with injuries similar to my own.

Just a couple months ago, I began my first private practice job at Heartwork Counseling Center, where I now work as a psychotherapist. It’s extremely rewarding, and I think I have the best job in the whole world. In January, I started a non-profit called the Aimee Copeland Foundation, and my goal is to create a nature park that’s accessible to people with disabilities. Even before my accident, I wanted to use nature as a therapy. I remember lying in my hospital bed thinking, I can’t take people on hikes anymore without legs. That’s why I want to create a space that I and others can use to garden, hike and meditate.

Of course, not everything is easy. I still see a therapist regularly, and getting back into the dating game was hard to say the least. I did meet someone special though, and we’ve been together for two years now. Having a partner that loves me has helped heal my self-esteem.

People want to feel sorry for me, but I have an awesome life. I’ve learned to be grateful for the pain because it has helped me grow. I completely trust in the universe now. So much has been taken away from me. What do I have to fear? 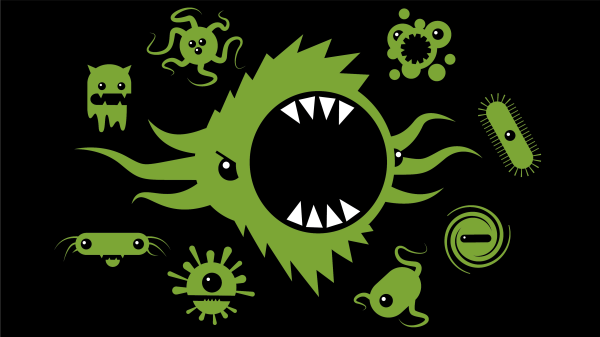 Why Bacteria Are More Threatening Than Ever
Next Up: Editor's Pick