Senior adviser Jared Kushner looks on during a working luncheon with President Mauricio Macri of Argentina in the Cabinet Room of the White House on April 27, 2017 in Washington, D.C.
Olivier Douliery—Pool/Getty Images
By Katie Reilly

Kushner’s sister, Nicole Meyer, mentioned him during the event in Shanghai on Sunday, while promoting investments in a Kushner Companies development in New Jersey through the federal EB-5 visa program, which has been widely criticized. The visa program offers investors a path to obtain U.S. green cards if they invest enough money in projects that create American jobs.

“In the course of discussing this project and the firm’s history with potential investors, Ms. Meyer wanted to make clear that her brother had stepped away from the company in January and has nothing to do with this project,” the company said in a statement.

“Kushner Companies apologizes if that mention of her brother was in any way interpreted as an attempt to lure investors. That was not Ms. Meyer’s intention.”

Kushner stepped down as chief executive of Kushner Companies in January. 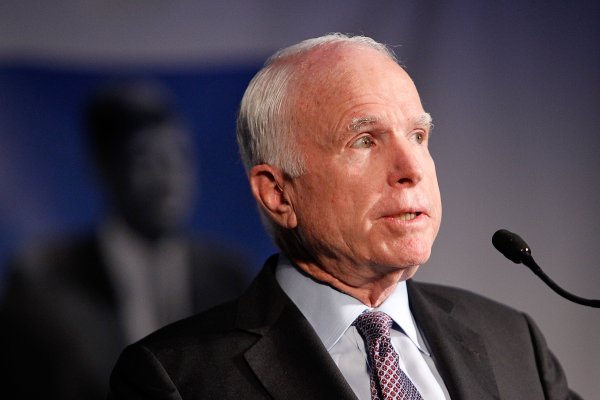 Sen. John McCain Warns Rex Tillerson: 'We Are a Country With a Conscience'
Next Up: Editor's Pick