A Norwegian political party has voted to support a ban on ritual circumcision of boys, a move that has been criticized as an attack on religious minorities in the country.

The anti-immigration Progress Party (FRP) voted on May 6, during its annual conference, an favor of a ban circumcision of boys — a common practice among Jewish and Muslim communities in the country.

Ervin Kohn, president of The Jewish Community, an Oslo-based congregation, told told Aftenposten newspaper that he was disappointed with the decision. “This is very sad. What on earth [does] the FRP want with this decision?” he told Aftenposten. “It seems that they want to send a signal that we are unwanted in this country.”

The party’s leader, Siv Jensen, told Aftenposten that she was against the measure, which came after a last-minute vote. She says the move is not intended to target minorities.

The vote does not make the proposal an official law in Norway, but rather adds support for the ban as part of the party’s platform. 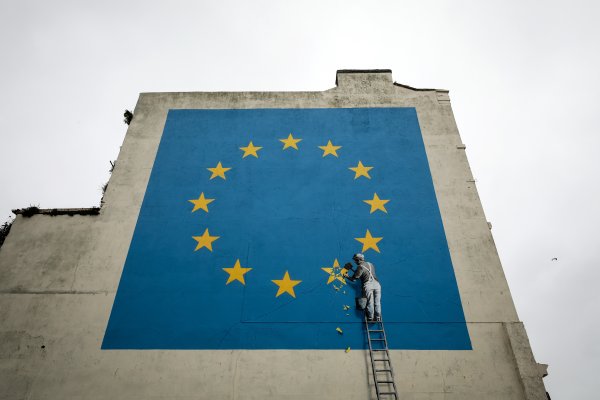 Banksy Takes on Brexit in a New Mural
Next Up: Editor's Pick