Monday marks “Grateful Dead Day,” which falls, this year, on the 40th anniversary of the band’s famed concert at Cornell University.

In 1977, the Grateful Dead performed a show at Cornell’s Barton Hall — a concert that became the stuff of legend among the Dead’s hefty repertoire of live performances. Honored by the Library of Congress in 2011, the Barton Hall show gave way to “Grateful Dead Day,” which is honored each year in Ithaca, N.Y.

Deadheads are bringing even more enthusiasm than usual to the concert’s 40th anniversary. Cornell ’77, a new book about the show by Peter Conners that presents a deep dive into the mythos of the concert, was recently published. Additionally, a remastered recording called Cornell 5/8/77 will be released to honor the day.

But what makes the performance, one out of the Dead’s thousands of concerts, so legendary? High-quality bootleg recordings from the show, which were quickly passed around among tape collectors, became very popular, according to the Library of Congress. And it seems like there was just something in the air on that particular night that catapulted the band to a transcendental level.

“I had seen the Grateful Dead a couple times prior but this time it was clear they’d upped the ante,” Rick Bleier, who attended the show on his 27th birthday, told the Library of Congress. “The band looked amazed. I have a clear-as-yesterday memory of Garcia’s face as he shook his head and grinned from ear-to-Cheshire-cat-ear.” 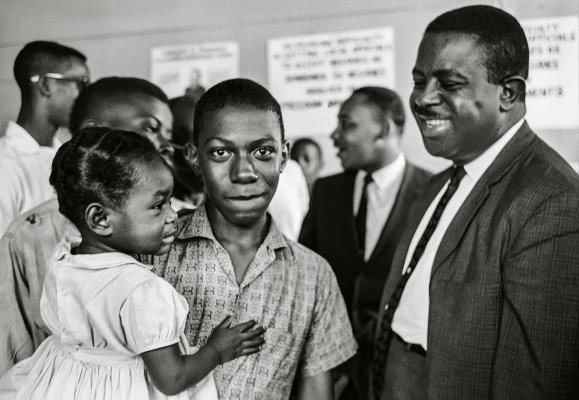 James Baldwin, The 'Spiritual Historian'
Next Up: Editor's Pick