“To those fleeing persecution, terror & war, Canadians will welcome you, regardless of your faith. Diversity is our strength #WelcomeToCanada,” Trudeau said Saturday on Twitter in both English and French.

To show their appreciation to the leader, two refugees just named their son after him.

Afraa and Muhammad Bilan came to Canada in February 2016 with their two eldest children Naya, 4, and Nael, 3. When their new son was born in a Calgary hospital on May 4, they decided to pay tribute to the man they credit with establishing a immigration policy that allowed them to enter the country, according to the Toronto Star.

“We love this man, we appreciate him,” Afraa Bilan told The Star. “He helped a lot of refugees. He’s the reason we are in Canada.”

Justin Trudeau Adam Bilan is not only a welcome addition to the family, but also represents their hope for the future. “He’s the first Canadian,” she said. “He got his citizenship before us!” 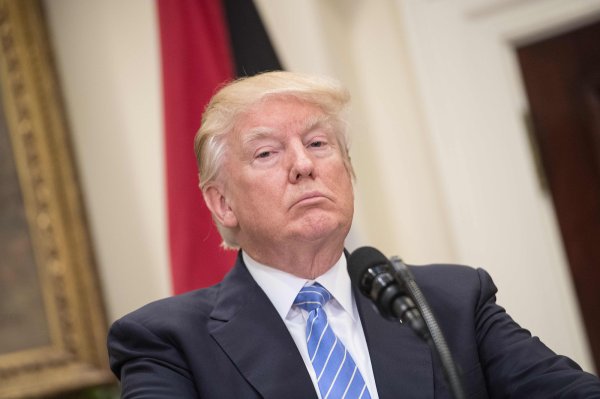 Merriam-Webster Just Reminded Donald Trump About the Difference Between 'Counsel' and 'Council'
Next Up: Editor's Pick