GOP Congressman Raul Labrador: 'Nobody Dies Because They Don’t Have Access to Health Care'

Rep. Raul Labrador (R-Idaho) came under fire Friday after he said that “nobody dies” from a lack of health care coverage at a town hall at Lewis-Clark State College in Lewiston, Idaho.

Labrador made the remarks the day after the House passed a Republican-sponsored health care bill that, if passed, would repeal and replace significant parts of Obamacare. The Congressman, a member of the conservative House Freedom Caucus, was replying to an audience member who was speaking on concerns about the bill’s potential impact on Medicaid recipients.

“You are mandating people on Medicaid accept dying. You are making a mandate that will kill people,” the audience member said, before Labrador interjected.

“No one wants anybody to die,” Labrador said. “You know, that line is so indefensible. Nobody dies because they don’t have access to health care.”

His comments prompted an immediate outcry from audience members, who began to audibly boo, according to clips shared on social media.

The backlash carried over to the internet, where a number of users lambasted to Congressman on social platforms like Twitter.

The new bill, dubbed the American Health Care Act, is now awaiting a vote in the Senate, where many expect the legislation to face tough opposition.

It’s not yet clear how many people could stand to lose health insurance under the ACHA, but a 2009 study published in the American Journal of Public Health before Obamacare became law said that 45,000 deaths in the U.S. were linked to a lack of health insurance. 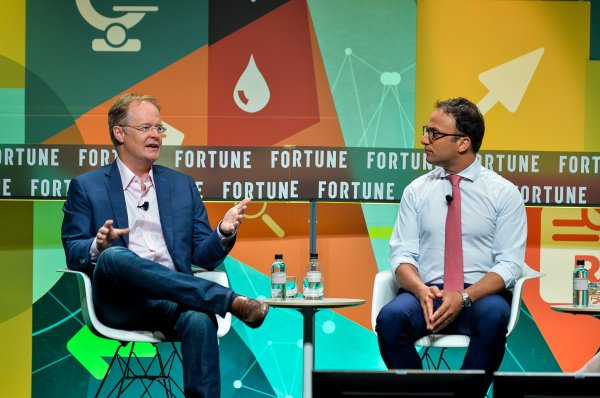 Are Digital Doctors the Future?
Next Up: Editor's Pick