Whether she’s clapping back at Twitter haters, showing off her stretch marks on Snapchat or sharing her personal struggle with postpartum depression, Chrissy Teigen isn’t afraid of being open about her life.

The model took her trademark candor to the next level at a recent beauty event, where she said she’s had multiple plastic surgeries.

“Everything about me is fake except my cheeks,” she said while laughing and pointing to her forehead, nose and lips, Byrdie reports. “Fake, fake, fake.”

Teigen shared that she’s not ashamed of the work that she’s had done, even humorously sharing an anecdote about one of her more unusual procedures.

“I had my armpit sucked out,” she said, noting that it wasn’t a “necessary“ treatment but helped her feel more confident in sleeveless tops. “It added two inches of length to my arms… [That fat] is coming back though, so I might need to go in and pay for it again.”

All humor aside, however, Teigen remained refreshingly transparent about her procedures.

“I’m not shy talking about that sort of thing,” she said. “I have no regrets.”

Update: Teigen later clarified: “Reminder to never ever joke, ever (I did do the armpits, no regrets except it clearly came back.)” 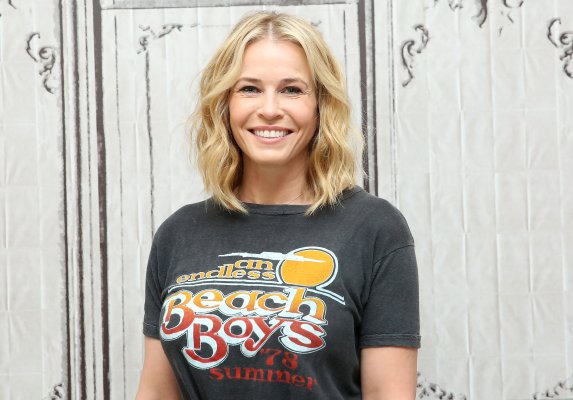 Chelsea Handler: ‘Anxiety Doesn’t Have to Be Such a Dirty Word’
Next Up: Editor's Pick