While it’s a fact well-established that Canadian Prime Minister and international heartthrob Justin Trudeau is a staunch feminist and a young, hip politician, he showed off his nerdy side on none other than International Star Wars Day by prominently sporting a special pair of socks, one of which featured C-3PO and the other of which featured R2-D2.

In case there was any doubt that Trudeau is really a true Star Wars fan, he posted a picture of the socks to his personal Twitter account along with the caption, “These are the socks you are looking for,” referencing Obi-Wan Kenobi’s iconic line from the original 1977 movie and the hashtag #MayTheFourthBeWithYou.

Predictably, the Internet went wild for Trudeau’s out of this world socks, expressing everything from admiration to exultation. 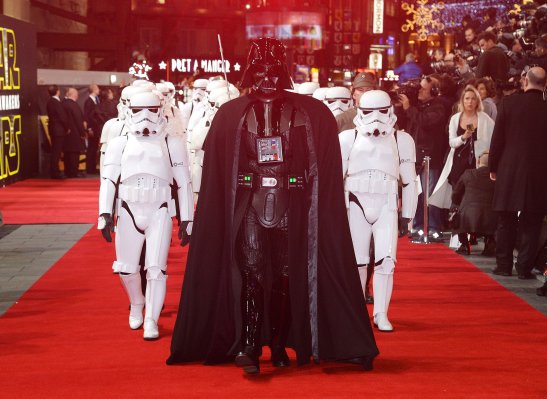 Darth Vader Is Now an Orthopedic Surgical Tech In Case You Didn't Know
Next Up: Editor's Pick