Relatives carry the body of Somalia's public works minister who was shot and killed in the capital Mogadishu, Somalia May 4, 2017.
Feisal Omar—Reuters
By Feliz Solomon

Abas Abdullahi Sheikh Siraji, Somalia’s 31-year-old public works minister and a rising star of the country’s politics, has been shot dead by security forces who officials say mistook him for a militant.

The youngest person ever to be elected to Somalia’s parliament, Siraji was gunned down inside his car on Wednesday in the capital Mogadishu, the BBC reports. A city official told Reuters that security forces “opened fire” on the vehicle “by mistake.”

President Mohamed Abdullahi Mohamed Farmajo reportedly cut short a visit to neighboring Ethiopia to attend Siraji’s state funeral, joined by government officials, youths and elders. The President has called on the nation’s security officials to investigate the “unfortunate tragedy.” Two officers have been arrested in relation to the shooting, the New York Times reports, and the Auditor General Nor Farah Jimale, who oversaw the guards, has been fired.

Siraji’s untimely death was particularly shocking for the young Somalis who comprised much of his support base; his early ascent into national politics was emblematic of a generation eager to see radical change in the country, which has been mired by conflict since former dictator Siad Barre was overthrown in 1991. Amid a deepening food crisis, an ongoing struggle to streamline inefficient government, and as the battle intensifies against the al-Qaeda-linked al-Shabab militant group, Siraji was seen by many as a determined agent of change and a new face standing in stark relief to the country’s old guard.

Born to a prominent religious family and raised in a refugee camp in Kenya, Siraji earned his bachelor’s degree in computer science at Nairobi University before returning to his homeland and entering public service. He was first elected to Somalia’s parliament in November of last year representing Kismayo, a port town in the southern Jubbaland region. According to the BBC, President Farmajo detected his immense popularity with young citizens and appointed him to the cabinet in March.

The U.S. diplomatic mission to Somalia said in a statement Thursday that Siraji was a “victim of the high security tensions that continue to plague the population” of the capital, where American forces are helping in the fight against al-Shabab. “He was a rising star in the Somali government,” the statement read, “and his death is a loss for the country as a whole.” 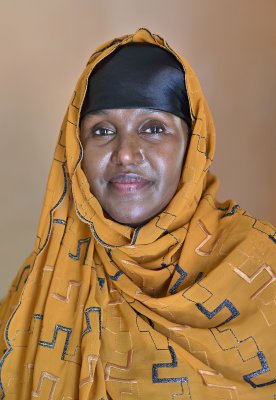 Fartuun Adan: The World Is One Family. Let's Treat Each Other That Way
Next Up: Editor's Pick