Australia Has a Universal Health Care System. Trump Says It's 'Better' Than What Americans Have

Trump’s comments, made during a joint press conference with Turnbull in New York, came shortly after the GOP’s second attempt at a health care reform bill was narrowly passed by the Republican-controlled House.

The bill, designed to repeal and replace former President Barack Obama’s signature Affordable Care Act, now faces a tough audience in the Senate, where some GOP lawmakers are hesitant to support the measure before their re-election bids. Critics say the current version is likely to significantly reduce coverage and cost medical workers jobs.

“Let us move to a medicare for all system that does what every major country on earth does: guarantee health care to all people at a fraction of the cost per capita,” Sanders said. “Thank you Mr. President, we’ll quote you on the floor of the senate.” 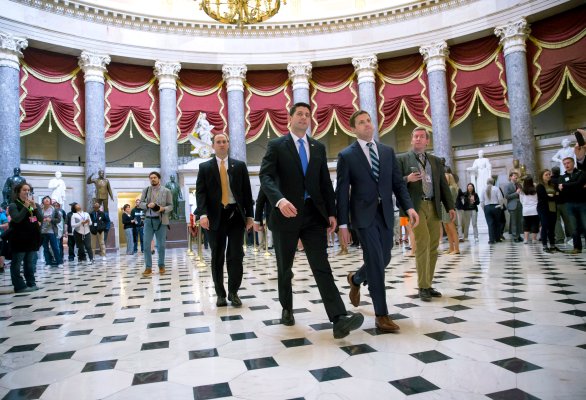 Democrats Taunted Republicans With This Sports Chant After Health Care Vote
Next Up: Editor's Pick