Aaron Hernandez sits in the courtroom of the Attleboro District Court during his hearing on Aug. 22, 2013 in North Attleboro, Massachusetts.
Jared Wickerham—Getty Images
By Abigail Abrams

Ex-NFL star Aaron Hernandez wrote the name of a biblical passage in ink on his forehead and in blood on his prison cell before hanging himself last month, according to police.

The new information about the former New England Patriots player comes in an investigative report by Massachusetts State Police. After Hernandez died, state police said they found “John 3:16” written on his forehead and on his cell wall, according to the Associated Press.

The Bible passage says: “For God so loved the world, that he gave his only begotten Son, that whosoever believeth in him should not perish, but have everlasting life.”

Hernandez died at the Souza-Baranowski maximum-security prison in Massachusetts, where he was serving a life sentence for a 2013 murder.His suicide came just five days after he was acquitted in a 2012 double slaying.

Before his convictions, Hernandez played three seasons for the Patriots, from 2010 to 2012. But when he was arrested on charges of murder and gun possession in 2013, he was cut from the team. He was convicted of the 2013 murder in 2015 and sentenced to life without parole. 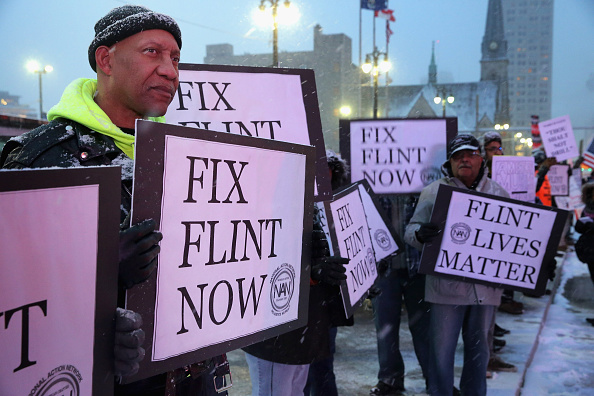 Thousands of Flint Residents Could Lose Their Homes Because of Unpaid Water Bills
Next Up: Editor's Pick