Following critiques of her involvement in promoting the disastrous Fyre Festival and her tone-deaf, now cancelled Pepsi commercial last month, Kendall Jenner is facing heat again as the cover model for Vogue India’s 10th anniversary issue. The supermodel and reality television celebutante was shot alongside Indian actor Sushant Singh Rajput on location in Jaipur by fashion photographer Mario Testino for the collector’s edition of the magazine which debuted on Wednesday.

The Internet, however, quickly erupted with hot takes about the publication’s decision to cast Jenner — a white American model — as the issue’s cover girl as opposed to a model or an actress from India.

According to Women’s Wear Daily, one reader commented on the magazine’s Facebook page, “Why not an Indian model there are so many??? This doesn’t create the sense that India has its own beauty and character.” Another Vogue India reader suggested that actresses Priyanka Chopra and Deepika Padukone would have been better fits.

Readers also took to Twitter to voice their opinions on the matter.

Jenner’s friend, supermodel and fellow reality star progeny Gigi Hadid experienced a similar backlash when she appeared in a hijab on the first-ever issue of Vogue Arabia in March. Although Hadid is half Palestinian, readers were upset that a the model appeared in a hijab.

Motto has reached out to Kendall Jenner’s reps and Vogue India. 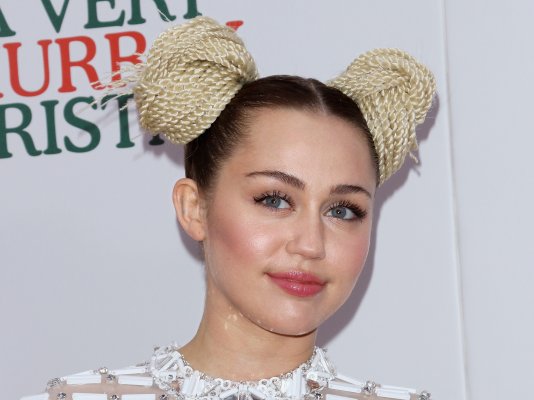 Miley Cyrus Opens Up About Sobriety, Being 'Pansexual'
Next Up: Editor's Pick