Demonstrators demand action from the Republican presidential candidates about the water crisis in Flint outside the historic Fox Theater before the GOP presidential debate March 3, 2016 in Detroit, Michigan.
Chip Somodevilla—Getty Images
By Abigail Abrams

The water in Flint, Mich., may not yet be safe to drink, but the city wants residents to pay for it.

The city’s treasury department sent letters to more than 8,000 residents warning them they will face a tax lien if they do not pay water and sewage bills they have avoided for six months or more, according to a local NBC affiliate. Residents have until May 19 to pay the delinquent bills. After that, a process begins that could end with foreclosure.

“I got scared, for probably the first time since this all started this actually scared me,” Flint resident Melissa Mays told NBC 25 News.

City officials say they need the money and are in a tough situation. The letters sent to residents represent two years of unpaid bills totaling more than $5 million, according to a statement from Flint Mayor Karen Weaver.

After the water crisis came to a head, Michigan subsidized the city’s bills by providing Flint residents with a water credit, but Gov. Rick Snyder ended the credits in February. The water in Flint has not yet been declared safe, and many families still use bottled water for everything.

“I must say, I agree with those who have spoken out against this process. I have met with our Interim City Attorney and Finance Director and they say the city is obligated by local ordinance to follow this procedure, and we must follow the law,” Weaver said in the statement. “I am working to see if any changes or something can be done to help those affected by this, especially given the extraordinary circumstances we have endured due to the water crisis.” 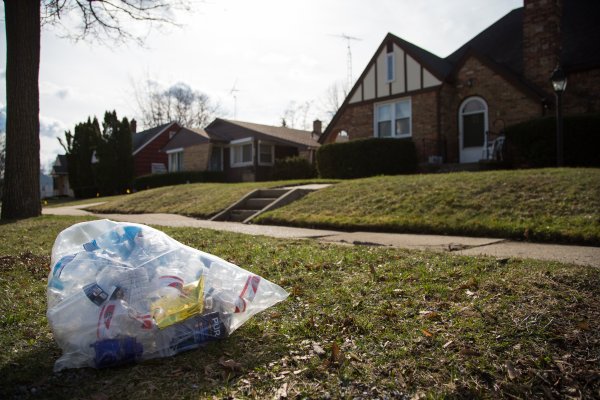 Flint Official Resigns After Using Racial Slur When Talking About Water Crisis
Next Up: Editor's Pick