Review: The Lovers Proves that Love After 50 Isn't Science-Fiction

Debra Winger and Tracy Letts star in 'The Lovers.'
A24
By Stephanie Zacharek

With the exception of aging action heroes, over-50 characters in today’s movies rarely appear to have lives beyond their children. Maybe because so many mainstream movies are being made by people under 50, we don’t see many depictions of what “older” people’s lives are really like. They’re often just the people on the other side of a Skype call, or the folks who greet the grandchildren warmly at vacation time. Who among us, after all, ever wants to think about our parents’ having actual sex?

But the lesson every real adult has to learn is that parents are people too, and—heaven forfend—their children, though important, aren’t everything. In writer-director Azazel Jacobs’ The Lovers, Debra Winger and Tracy Letts play Mary and Michael, a fiftysomething couple with bland, possibly only somewhat rewarding jobs, whose marriage long ago reached comfy-slipper stasis. He’ll be in the bathroom, sounding the halfhearted alert that they’re almost out of toothpaste. She’ll respond politely but absentmindedly from where she’s sitting on the bed. Meanwhile, each is texting an extracurricular lover: Michael’s girlfriend is high-strung ballet teacher Lucy (Melora Walters); Mary’s beau is needy writer Robert (Aiden Gillen). Both paramours are angling for something more permanent, and although Mary and Michael haven’t yet discussed splitting up, each is planning to break free soon. They’re expecting one last visit from their college-age son, Joel (Tyler Ross), where they’ll be a family for the last time. After that, it’s on to new and separate lives.

Or at least that’s the plan. You could do almost anything with that premise—make a dour drama, a stylized farce, even a musical. But Jacobs (director of offbeat indies like Momma’s Man and Terri) has chosen to make a wry, openhearted, vaguely outré romantic comedy, albeit a bittersweet one. To reveal the major romantic complication in The Lovers may be giving too much away, but even if you can guess what it is, it’s safe to say there’s no picture like this one on the current landscape.

The Lovers is buoyant and cheerfully flirty, though Jacobs never loses sight of the fact that loneliness that can strike both inside a marriage and outside it, and no human being is ever fully protected from suffering. The picture never passes judgment on its characters, and though it’s not clear how much Mary and Michael know about each other’s outside liaisons, the rapport they have with each other suggests that nothing is the end of the world. Life is never tidy, and marriage, if we’re honest with ourselves, is sometimes one of the least-tidy things about it.

Letts and Winger are marvelous here: Both know how to express vulnerability without succumbing to self-pity or self-righteous victimhood. The Lovers is also bracingly forthright about sex—not just in terms of talking about it, but in showing it—and both Letts and Winger are wholly comfortable in their skin, even in the semi-buff. Why is there so much advertising telling us that there’s beauty in aging, while movies seem afraid to address it? No one likes getting older, and it’s little wonder that young people fear it. But the best gift The Lovers imparts—aside from simply being a charming and provocative piece of entertainment—is the tender truth that there’s room for so much more in life than we can ever possibly plan for. And the only way to know what awaits after age 50 is to get there yourself. 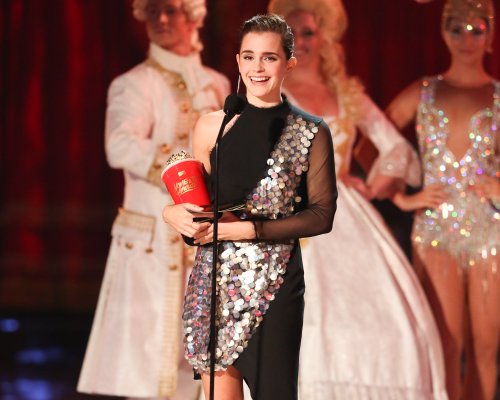