This Is What the Internet Wants Crayola's Next Color to Be

When Crayola announced in March that it was retiring the color Dandelion in its 24-crayon pack for a new shade of blue, we invited readers to select their preferred shade for the mystery addition.

Now, ahead of the color magnate’s promised release of more details about the new blue crayon sometime this month, we’re sharing the results. If TIME readers have their way, the new shade, whenever it is finally unpeeled, will be “electric blue.” That was the hands-down winner in the survey, followed by a dark blue known as “zaffre,” which Merriam-Webster defines as “an impure cobalt oxide [used] as a blue ceramic color.”

Because readers were asked to select from a palette with thousands of shades of blue — a color that is considerably more diverse than gray — each submission was matched to the closest of 37 varieties of the color selected from Wikipedia’s list of names for different shades, using an algorithm designed to measure how similar any two colors are. Existing colors in the Crayola corpus or colors associated with specific universities were not included.

After electric blue and zaffre, there was a rich diversity in the submissions. TIME called Crayola headquarters and offered to share the results, but a spokesperson said the color had already been selected. 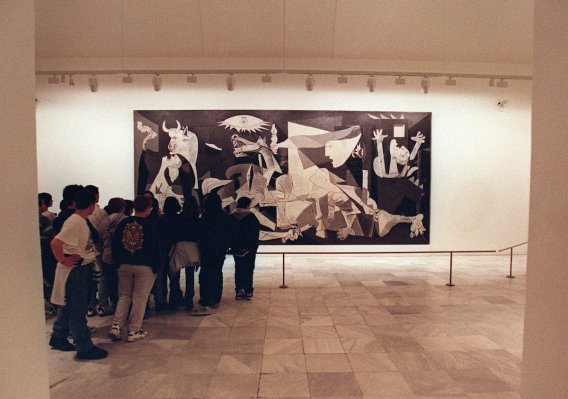 The Real History Behind Picasso's 'Guernica'
Next Up: Editor's Pick