Miley Cyrus Opens Up About Sobriety, Liam Hemsworth, and Being 'Pansexual'

Pop star Miley Cyrus is preparing her return to the music scene after spending the last few years avoiding red carpets, coaching on The Voice, and hunkering down with on-again partner Liam Hemsworth and her army of pets. (She has two pigs, seven dogs, and two mini horses, for the record.) She’s also got a new single dropping next week, “Malibu,” and in a new interview with Billboard, she opened up about her relationship, sobriety, and evolving image.

“I haven’t smoked weed in three weeks, which is the longest I’ve ever [gone without it]. I’m not doing drugs, I’m not drinking, I’m completely clean right now! That was just something that I wanted to do,” she told Billboard.

She also discussed her taste in partners, saying that she doesn’t like guys to be “too masculine” because that “grosses” her out.

“Who I’m with has nothing to do with sex — I’m super open, pansexual, that’s just me,” she said. As for her relationship with Aussie actor Hemsworth, known for his hunky roles in movies like The Hunger Games? “I always get in trouble for ­generalizing straight men, ’cause straight men can be my worst nightmare ­sometimes. And I’m with a straight dude,” she explained. “But he’s always like, ‘Well, don’t call me that!'” 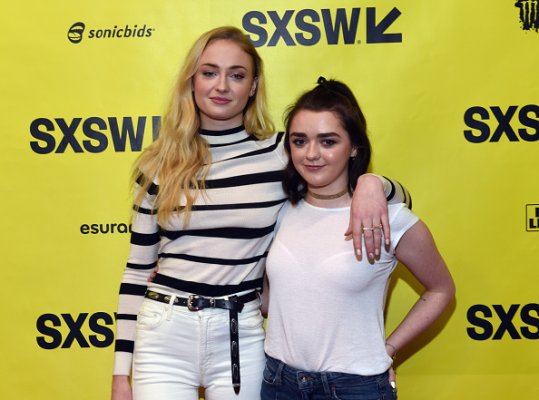 Game of Thrones Star Sophie Turner Says She 'Found Her Strength' in Maisie Williams
Next Up: Editor's Pick