No One Knows Exactly How Trumpcare Would Work

After failing in March to repeal and replace the Affordable Care Act, House Republicans will vote again on a new version Thursday afternoon.

What, exactly, is in this revamped bill—how much it will cost U.S. taxpayers, how many people it will leave uninsured, or whether it actually covers those with pre-existing conditions—remains unclear, just hours before lawmakers are set to vote.

This opacity is due in part to the fact that the Congressional Budget Office has not had time to score the bill. (When it scored the first version, in March, it found that while the new law would skim $187 billion over 10 years from projected deficits, it would also result in 24 million Americans being without insurance by 2026.)

But the uncertainty over what’s in this bill is also because two major amendments were announced just this week. Both have the possibility of changing how the bill will likely affect hundreds of millions of Americans.

The first amendment, negotiated by Republicans Tom MacArthur of New Jersey and Mark Meadows of North Carolina, on behalf of the conservative Freedom Caucus, would allow states to opt-out of a Obamacare provision requiring insurers to charge everyone the same amount for health insurance.

If that seems like inside baseball, it’s not: because if insurers are no longer required to charge everyone the same amount, they are widely expected to charge people with pre-existing conditions much, much more. So that means that if your kid has leukemia, you’ll still be able to get insurance, but it could cost you, say, hundreds of thousands of dollars per year.

That same MacArthur-Meadows amendment also allows states to opt-out of another, different Obamacare provision. That one requires insurers to offer health plans covering ten basic “essential health benefits.” Those 10 essential benefits include, among other things, maternity and newborn care, hospitalization and prescription drugs.

Again, if that seems like a side note off in the weeds, it’s not. If states opt-out of that provision, insurers would be allowed legally to offer people health plans that don’t cover much. In that case, customers might see their premiums fall—just $99 a month? Sign me up!—but if they actually get pregnant or sick or require a prescription drug, their insurer wouldn’t be required to cover any of their costs.

As a Wall Street Journal story pointed out, if any state opts-out of covering essential health benefits, hundreds of millions of Americans could see their benefits shrink. Anyone covered in the individual market, anyone covered by Medicaid, and anyone—including the roughly 159 million of us—would be susceptible to changes.

Here’s why. Back in 2011, the Obama Administration announced that employers should interpret an obscure sentence in the Affordable Care Act to mean that they can offer employees the required benefits from any state where they operate. At the time, that little hunk of guidance got no press and no one cared because it didn’t matter: Under Obamacare, there was a national set of 10 essential benefits that all insurers, in every state, were bound to offer. So no matter where your company operated, you had to offer your employees the same thing. No exceptions.

This MacArthur-Meadows amendment changes all that. If any state—even just one!—opts out of Obamacare’s 10 essential benefits requirement, then large employers anywhere can use that state as their benchmark. If Kansas says insurers don’t have to cover maternity care, then large employers with operations in Kansas and any state don’t have to cover maternity care either.

That leads us to the second major amendment in this version of the House Republicans’ “repeal and replace” bill, which was negotiated by Michigan Republican Fred Upton. It provides $8 billion over five years to fund what’s known as “high-risk pools” in states.

The Upton amendment was designed in part to protect the sickest, most vulnerable people in states that take the MacArthur-Meadows opt-outs. The logic goes like this: if people with pre-existing conditions are priced-out of private health plans, they can petition to be accepted to special, state-run insurance pools—those are the “high risk pools”—for the sickest of the sick. The idea requires that states, or the federal government, or both, will be willing to pony-up to pay for those who need it most.

But when states have tried this in the past, that’s not exactly how it worked. One main problem is that high risk pools are insanely expensive. State and federal governments don’t want to pay billions of dollars a year, so it gets harder and harder for patients to even get into high risk pools. And once they’re admitted, they’re asked to pay tens of thousands of dollars in premiums to stay in.

If the House Republicans’ current “repeal and replace” plan passes, there’s no good single estimate of how much these risk pools would end up costing. The final calculation will depend on lots of moving parts, like how many people end up losing their Medicaid coverage, whether employer-based plans stop covering essential benefits, and how much patients are expected to contribute to their own plans. But most conservative estimates say high risk pools will cost about $25 to $35 billion dollars a year. Which makes that $8 billion look like a drop in the bucket.

To be clear, if the House passes the current version of the law and the Senate passes a similar bill in a few weeks—two pretty big “ifs” at this point—we still don’t really know how it would impact hundreds of millions of Americans. There are just too many question marks. And coming up with any rational answer means attempting to predict what state legislatures and governors will choose to do.

If states choose not to opt-out of any Obamacare requirements, it’s possible to imagine a scenario where Obamacare, that much-maligned federal law, continues to be quietly implemented at the state level. But if states do choose to opt-out, it’s also equally possible to imagine a scenario where hundreds of millions of Americans’ access to health care changes overnight. 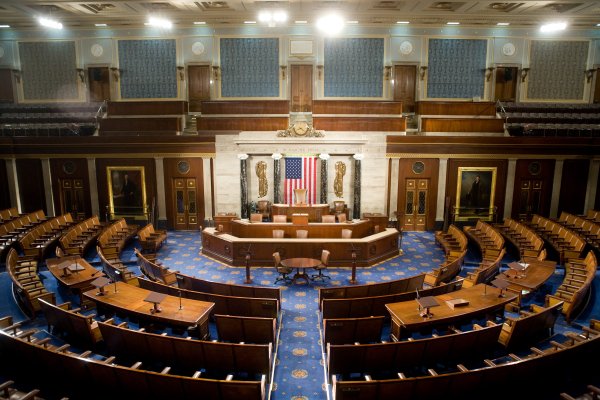