With just one sprinkle of taco seasoning on watermelon, one well-intentioned man has spread terror across the internet.

In a video making the rounds online, chef James Briscione of Food Network’s Man Crafted skillfully cuts up watermelon and stabs the cubes with skewers — no problem so far.

But then he tears open a packet of taco seasoning for the finishing touch on the summer fruit. Unlike Salt Bae’s now internet-beloved final salt flourish, the internet is not having this particular seasoning.

The video has not yet garnered as many internet critics as pineapple on pizza, but the day is young.

Briscione is the director of culinary development and a chef-instructor at the Institute of Culinary Education, according to the website, so perhaps people shouldn’t knock it until they’ve tried it.

But if taco seasoning isn’t your bag, a few popular ways to jazz up watermelon are fresh basil, bright fresh lime juice or feta.

Watch the full clip and see the reactions below. 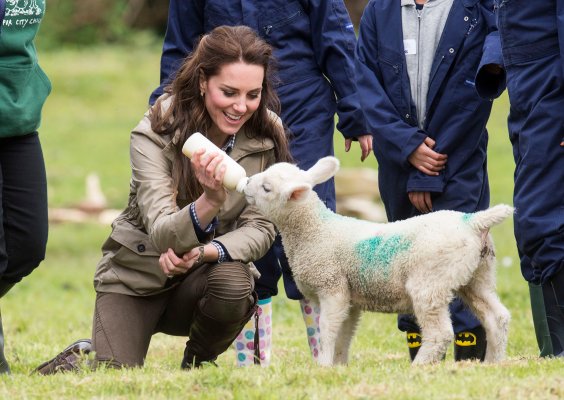 Kate Middleton Feeding This Lamb a Bottle of Milk Is the Break the Internet Needs Today
Next Up: Editor's Pick