Venezuela Nears a Tipping Point, and a Violent Endgame

It’s easy to see why huge numbers of furious Venezuelans have hit the streets in recent weeks. Years of mismanagement have left the country’s oil-export-dependent economy in a shambles. To appease the angry poor, President Nicolás Maduro announced a 60% increase in the minimum wage on May 1. That won’t reverse the decline of a country where production is in free fall, inflation is in the triple digits and hunger is now a common problem. It’s hard to find time for work while standing in line for the few remaining staples most of the public can afford.

The latest protests, and government response to them, have pushed Venezuela closer to the brink of collapse. Demonstrations have turned violent, with both protesters and police fueling the fire. There have been deaths, though there are few reliable estimates of how many. Riots have erupted even in working-class Caracas neighborhoods that have been loyal supporters of Maduro and his mentor, the late Hugo Chávez. These people are hungry too, and their continuing loyalty to the government can’t be taken for granted.

The nation’s political structure is also at risk. Maduro has effectively shut down the opposition-controlled national assembly and banned opposition leader Henrique Capriles from seeking office for 15 years. A bid by Pope Francis to broker a deal has gone nowhere.

In the past, the Venezuelan government’s main advantages were the strength of its grip on institutions of power, particularly the courts, and the inability of a fractious opposition to unite behind a single idea or candidate. Now that dominance of institutions gives the government full responsibility for a country close to a breakdown, and the opposition is united in desperation. Venezuela’s economy isn’t going to get better. The price of oil won’t move anywhere near the level that can keep this boat afloat anytime soon, and the government is running out of gimmicks.

Maduro remains in power because the leftist Chavista movement has remained almost entirely united around the man Chávez anointed his successor. The police have kept the opposition contained, with help from state-backed gangs. The President hasn’t yet had to call in the army, which may not prove loyal enough to open fire on desperate civilians. That would prove the decisive moment. If the military becomes Maduro’s last option, he’s probably finished. 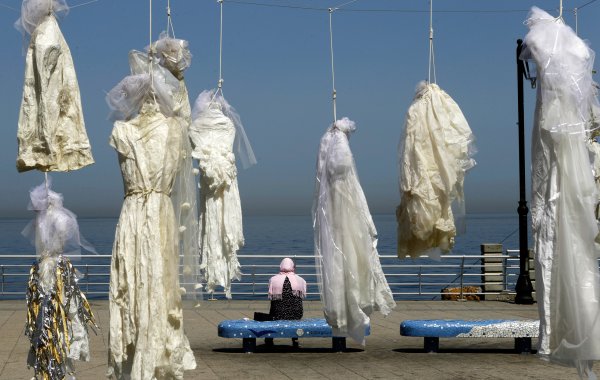 Changing the Laws That Let Rapists Wed Victims
Next Up: Editor's Pick