Review: The Girls Off the Cliff in Paula Hawkins' Into the Water

Into The Water by Paula Hawkins
Ideas
By Sarah Begley

Paula Hawkins rode to fame on her 2015 hit The Girl on the Train, a book that deftly deploys the “girl” thriller subgenre that includes Gone Girl, The Girl With the Dragon Tattoo, The Girl Before, The Girl from Home, The Girl on the Bridge and The Girls on the Bus Go Round and Round. (O.K., that last one’s not real — yet.) These books center on complicated, flawed or unlikable female protagonists, boldly going where so many males have gone before.

Though it doesn’t have “girl” in the title, Hawkins‘ new book is in the same vein. Into the Water once again throws a group of women together, this time in the English village of Beckford, where a riverbank cliff and the “drowning pool” beneath make for a popular suicide spot. But when two women die within months of each other, people begin to suspect foul play. The deceased: a teenager named Katie and her best friend’s mother Nel. Nel had been writing a history of the infamous drowning pool, which didn’t endear her to the rest of the town. Also populating Hawkins’ narrative coterie are Nel’s snarky daughter Lena, her estranged sister, a psychic, a tough school principal and Katie’s resentful mother.

Hawkins‘ stagecraft is at times shaky: motives are overstated, action sequences are vague (“I don’t know what happened then. He fell, I think …”) and details can get muddled, making it easier to separate red herrings from real clues. But the twists deliver in the final stretch, down to the last sentence.

Yet suspense, for Hawkins, is almost secondary; part of the thrill of her thrillers is the social commentary. These female characters resound because they are wronged in ways all women are, though to more heinous degrees. Their husbands betray them, their bosses discount them, and even their sisters and daughters are unreliable allies.

Once the cases are closed, the people of Beckford debate who is and is not a “good person.” They apply the label forgivingly to men with excuses for their misdeeds but withhold it from the women who end up tangled in the weeds of the drowning pool. This infuriatingly familiar double standard made The Girl on the Train popular among women, who will hear it again in these lines from Into the Water: “Beckford is not a suicide spot,” Nel writes in her manuscript. “Beckford is a place to get rid of troublesome women.” 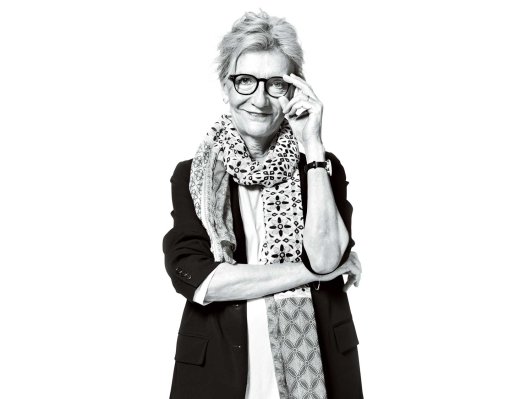 9 Questions With Elizabeth Strout
Next Up: Editor's Pick