Barriers to a Border Wall

Although the latest spending bill did not include funds for it, President Donald Trump is not backing down from his pledge to build a nearly 2,000-mile wall along the Mexican border. Designs are being solicited, and construction of prototype barriers is scheduled to begin in San Diego this summer. But fulfilling Trump’s signature campaign promise won’t be easy. Mexico says it won’t pay, Democrats are opposed, and even GOP allies suggest a wall spanning the full border is unrealistic. Here are some other challenges facing the project:

The U.S. first began erecting physical fencing in 1990, though most was built beginning in 2006. Today roughly one-third of the Southern border features barricades of some type:

Constructed of upright posts embedded in the ground, these barriers are designed to deter mass crossings.

This modern style of fencing is double-layered, which makes it harder for border crossers to cut through it with bolt or pipe cutters.

Made from Army-surplus carbon steel laid down for helicopters in the Vietnam War, it’s one of the oldest types of barriers used.

These crisscrossed posts are meant to impede vehicles. But smugglers have driven over them by laying down wooden ramps.

San Diego County has 14 miles of multilayer fencing, plus cameras and lights. But people can still scramble across under the blankets of fog common to the area.

Barriers and patrols in cities have funneled migrants to the Sonoran Desert. While some make it across the waterless expanse on foot, thousands have perished.

Big Bend National Park is known for its biodiversity. Animals here would suffer if a wall hindered migration routes or access to food and water.

A RIVER RUNS THROUGH IT

A 1970 treaty with Mexico stipulates that structures should not disrupt the natural flow of the Rio Grande, whose winding path makes construction difficult.

Much of the Texas border is private ranchland. Of hundreds of lawsuits filed over parcels taken for the Secure Fence Act of 2006, a fifth are still outstanding.

The entire border spans 1,991 miles–that’s nine times the distance from Earth to the International Space Station

APPREHENSIONS ON THE MEXICO BORDER

WHERE MIGRANTS COME FROM

BASED ON APPREHENSIONS IN 2015

Average cost to repair each breach

Number of designs to be selected for prototypes 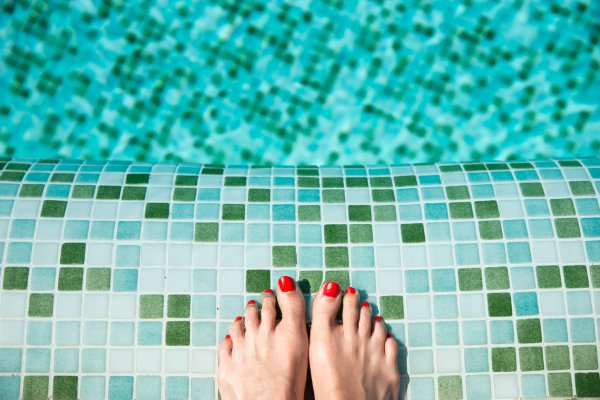 The Internet Has Had Enough of the Sunny Co. Red Swimsuit
Next Up: Editor's Pick