Whose Privilege Is Showing? Probably Mine. But Don't Ask Me to Check Anyone Else

When I was 16, I worked in the nursing home a few miles from my house. It sat without irony right next to a funeral parlor. There was just a driveway between the two buildings, and the funeral director used to send leftover flower arrangements that we’d dismantle and put in vases so they weren’t quite so recognizable. There was, as you can imagine, some traffic going the other way too.

It was a sobering place to spend your days as a teenager. Most of us did one or two shifts after school, 4 p.m. to 11 p.m., and Sundays from 7 a.m. to 3 p.m. Each aide was responsible for getting eight or so residents up for the day, fed, bathed, dressed and their sheets changed before noon, which was impossible if you tried to take care of them sequentially. You had to strategize. Get Martha’s breakfast unwrapped while her roommate is inching to the bathroom, or they’d still be eating breakfast when the lunch trays arrived. I learned more in that job than I did in school. But that wasn’t why we worked there. We did it because the home paid more than fast food, and we needed the money. It was a tough, threadbare little town, but we could leave. We had the most perishable of advantages: youth.

These days I’m just another privileged cisgender white woman in a cushy part of Brooklyn, as my teen daughters point out constantly. They’re right. I won’t suffer directly from racism or homophobia or fear that I’m not safe or that we won’t have enough to eat. And I should note that I had an aunt and uncle who helped pay for college and got me my first job, which opened a thousand doors. So, yeah, I didn’t build this life by myself, to paraphrase President Obama.

But their comments sting. I get all indignant and tell them nursing-home stories. Or McDonald’s fry-station stories. Or protest stories. It’s my version of “I walked five miles to school in the snow so you don’t have to”–a lame attempt to prove that I’m more than a mom in pricey yoga pants who’s forgotten what it was like to do shift work or worry about whether the groceries would run out before the week ends.

Being accused of unchecked privilege is a fearsome insult in this climate. The advice is legit: acknowledge your inherent advantages and biases when considering someone else’s situation. But in practice it can be complicated and divisive, and not just for clueless boomers. Just ask Lena Dunham, whose brand of feminism critics have savaged as elite and oblivious to racism. There are even online quizzes that test how privileged you are and in what ways. Questions range from “I never had to ‘come out'” to “I have had an unpaid internship” and “I have never been shamed for my body type.” Some companies have workshops that run along the same themes hoping to inspire more empathy for others. Left or right, no one wants to be seen as having unearned advantages. Every politician has a hard-luck origin story, if not about themselves, then about their parents. The Sanders and Clinton campaigns fought over which movement was less elite. Even Donald Trump says he worked his way up without much help from his millionaire father.

So, yes, we all need to remind ourselves of our advantages: whether it’s straight privilege, or financial privileges, or able-bodied privilege, or whatever extra boost we’ve gotten. Humans are prone to credit our successes to our own ingenuity, true or not. Researchers at the University of California, Berkeley, asked randomly selected subjects to play Monopoly. But the game was rigged. The winner of a coin toss got twice the starting cash and higher bonuses for passing Go.

Not surprisingly the advantaged players won. But as they prospered, their behavior changed. They moved their pieces more loudly than their opponents, reveled in triumphs and even took more snacks. Some, when asked about their win, talked about how their strategy helped them succeed. They began to think they earned their success, even though they knew the game was set up in their favor.

Sometimes privilege is in the eye of the beholder. The lesson I keep relearning is: don’t assume. Not all privilege is obvious, and not all disadvantages are easily defined. No one would guess that my father, an athletic guy with endless cheer, suffered such trauma as a child, thanks to a horrible family situation and the stress of war; it’s a wonder he was functional.

Dad died a few years ago of dementia–that terrible equalizer. There was nothing his privileged daughters could do about it except help the aides when we were there. At least we knew how to change a hospital bed. 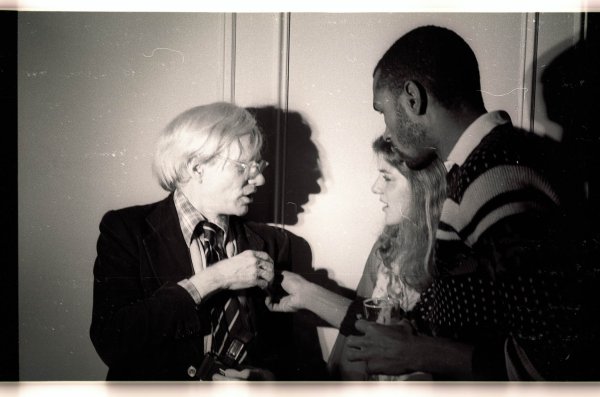 Studio 54 at 40: Celebrity Photos From the Legendary Disco
Next Up: Editor's Pick