A well-placed royal source tells PEOPLE that there is “no cause for alarm” following rampant speculation about Queen Elizabeth and husband Prince Philip.

The rumors began after reports emerged of an emergency meeting being called for Buckingham Palace staff from around the country. They are expected to gather at the palace mid-morning.

The meeting is confirmed, but there is no grave reason for it.

Large staff meetings — called by the Queen’s private secretary Sir Christopher Geidt and the Lord Chamberlain, who runs the royal household — do happen periodically. There is some speculation that it could be about the Queen, who is 91, or Prince Philip, 95, standing down from some of their public duties.

Prince Philip was at an event in London on Wednesday, where he helped open the new Warner Stand at Lord’s Cricket Ground. 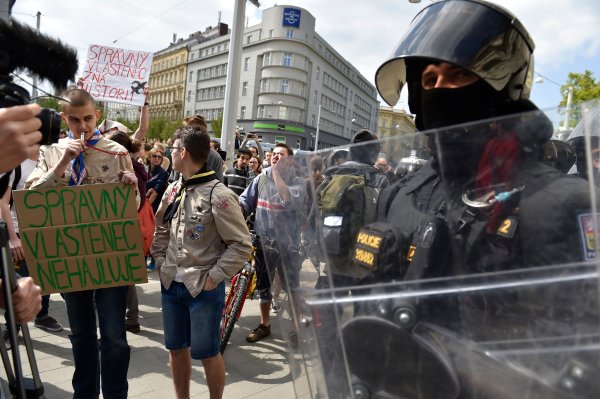 See a Girl Scout Calmly Face Down a Neo-Nazi at a Protest
Next Up: Editor's Pick