An image of a girl scout calmly facing down a neo-Nazi at a protest has become the latest in a string of iconic protest pictures to go viral online.

CNN reports that the image was taken by computer photographer and amateur photographer Vladimír Čičmanec on May 1 during a protest in the Czech Republic’s second-biggest city Brno. The network says the girls is 16-year-old Lucie “Lala” Myslíková.

According to local news site Romea, around 150 “ultra-right” demonstrators planned to march through the city to denounce multiculturalism and the country’s membership in the European Union.

They were reportedly met by some 300 counter-protestors, including Myslíková.

The image was later shared on Facebook by the World Organisation of the Scout Movement, which wrote: “People from all walks of life, and #Scouts among them, came to the streets during an extreme right march yesterday, to express their support for values of diversity, peace and understanding. Creating a better world!”

The image’s growing fame comes after similar photographs from far-right protests. Last month, a picture of a British woman smiling defiantly at the leader of the English Defence League was shared widely online. 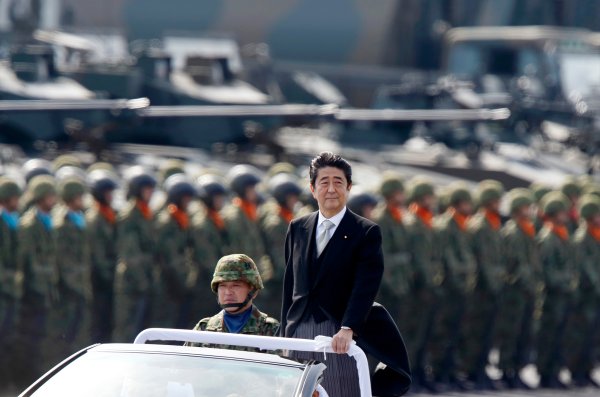