The Liquor Control Board Of Ontario was the first to move after it discovered that some bottles of Bombay Sapphire London Dry Gin contained an alcohol content of 77%, not the 40% that is listed on the bottle, according to CBC News.

The LCBO said that only 1.14 litre bottles (around a 40 ounce bottle in the U.S.) are the only products affected, CBC reports. The bottles, which have a product code of ” L16304,” have been removed from store shelves, but some may have already been purchased, the LCBO said.

Bombay Sapphire’s distributor, Bacardi, urged customers to return any of the mislabeled bottles for a refund. The spirits company said affected bottles were sold in Quebec, Ontario, Nova Scotia, Newfoundland, New Brunswick, Manitoba, Alberta and Saskatchewan, according to CBC. 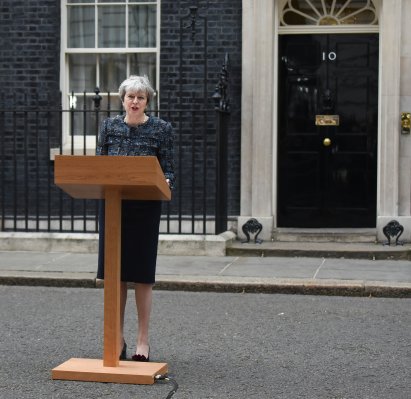 Theresa May Is Channelling Donald Trump and Hillary Clinton In the General Election
Next Up: Editor's Pick