Are Digital Doctors the Future?

Doctor’s appointments can be a chore: It takes nearly 20 days on average to get an appointment with a family physician in the U.S., for instance. But it doesn’t have to be that onerous. New technologies that allow people to see doctors in just minutes—on their smartphone—have the potential to change health care delivery in the U.S..

At Fortune’s Brainstorm Health conference in San Diego, two companies—Doctor on Demand and Healthy.io—revealed how they are making health care systems that are centered around patients’ schedules.

Doctor on Demand connects users with a variety of doctors over video chat. Doctors can see patients at any time of day over their smartphone, and send prescriptions to nearby pharmacies.

On Wednesday, Doctor on Demand announced that it is partnering with LabCorp and Quest Diagnostics to offer lab testing services. If a doctor sees a patient over video chat and determines they need lab work, the doctor can order the tests and direct the patient to a nearby lab for testing. Patients can choose a lab that works best for them based on location and costs.

“We are providing a lot of transparency and putting the patient in control of where they go to get that lab,” said Hill Ferguson, the CEO of Doctor on Demand. “It’s very different from the current experience and being told by your provider you need to go here at this time.”

Healthy.io, is also changing the testing game by turning people’s smartphones into medical devices. Through the company’s app Dip.io, people receive a testing kit at home, pee on a testing strip, and use a smartphone camera to scan the results and send them to a doctor for analysis. The company says it’s working to get FDA-approval for use in the United States.

“Whatever you can do at home would allow for the physician at the hospital to be more effective,” said Yonatan Adiri, founder and CEO of Healthy.io.

But are people really ready to give up their in-person doctor’s appointments? Ferguson thinks so. “I think there’s something gained,” he said. “One-hundred percent of the doctor patient interaction [on Doctor on Demand] is eye-to-eye contact.” 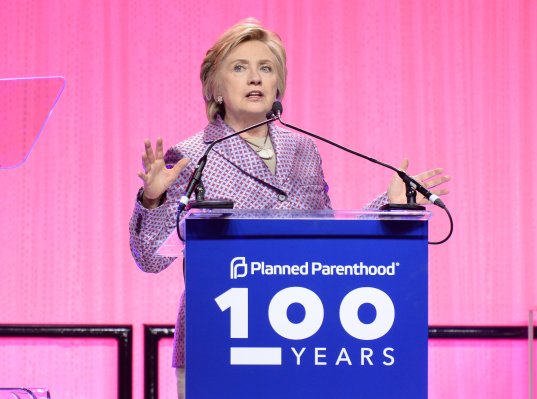 Clinton: 'Groups of Men' Stripping Away Women's Rights
Next Up: Editor's Pick