Brigitte Macron, 64, (née Trogneux) has been a strong presence — and point of fascination — throughout her husband Emmanuel Macron‘s presidential campaign.

Macron, 39, and his advisers have repeatedly said that his wife is instrumental to his success. When Macron won the first round of France’s presidential election this year, the first person he thanked was his wife of ten years, while the crowd chanted her name. “To Brigitte, always present and even more, without whom I wouldn’t be who I am,” Macron said, according to Forbes. “Emmanuel Macron wouldn’t have been able to embark on this adventure without her,” Marc Ferracci, one of Macron’s campaign advisers, told Bloomberg. “Her presence is essential for him.”

She’ll be an active first lady
Although they are often public figures, French first ladies don’t traditionally take on formal or official roles as first ladies do in the United States, but Macron has expressed an interest in changing that. He said that he would formalize the role of first lady and have his wife decide what the duties should be, according to the Associated Press.

“She is not going to be behind or hidden or become a tweet,” Macron said, according to Forbes. “She will be next to me because she has always been next to me.”

She helped Macron achieve success
Macron continued to teach even as her husband entered the political scene in 2014 when he was appointed economy minister in the Socialist government. But she quit her job in 2015 to help him, according to the Guardian. She began to attend meetings, organize dinners to help him network and became a “fixture” at the ministry.

She comes from an affluent background
Macron was born to a family that had found success with a chocolate empire, according to the Guardian. She began her career in the chamber of commerce in Pas-de-Calais, before becoming a teacher at a private Jesuit school in Amiens, France. She married her first husband, Andre-Louis Auzière, a banker, when she was 20, and now has three children and seven grandchildren.

They met when he was a student and she was a teacher
While working at a Jesuit school in Amiens, Brigitte oversaw the school’s drama department. That’s where she met the 15-year-old Macron, who was in the same class as her middle daughter. The two reportedly developed a close relationship, but Macron’s parents didn’t approve so they sent him to Paris to finish his studies. The two eventually reunited about a decade later and wed in 2007.

Since Macron entered the public eye, the relationship has been scrutinized and she’s been subjected to sexist criticism, including being labelled a “cougar.” But feminists have defended the union, arguing that it’s refreshing to see a man with an older, rather than a younger, woman. Others have noted that the couple are nearly the same age difference as the President Donald Trump and First Lady Melania Trump.

“Nobody would call it unusual if the age difference was reversed,” Macron has said, according to Reuters. “People find it difficult to accept something that is sincere and unique.” 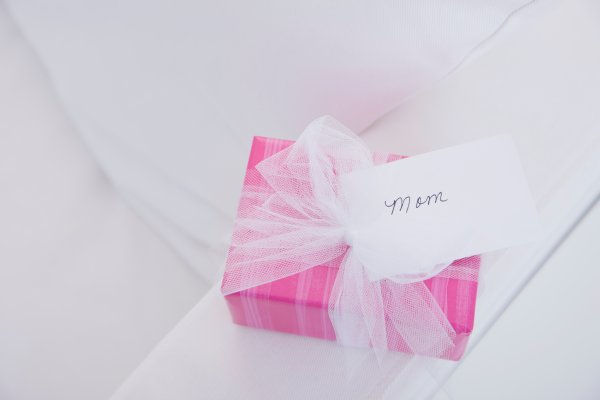 The Chicest, Most Splurge-Worthy Mother’s Day Gifts
Next Up: Editor's Pick