Prime Minister Theresa May seen at Downing Street after seeing the Queen and making a speech to the nation on May 03, 2017 in London.
Steve Back—Barcroft Images via Getty Images
By Dan Stewart

It’s a glorious British tradition — the party leader, humbled by an ordinary member of the public in the face of the world’s press. Tony Blair faced it, as did Gordon Brown and David Cameron. On Wednesday, it was the turn of Tim Farron of the Liberal Democrats, as he came face-to-face with Malcolm Baker on a campaign stop in Oxfordshire, just northwest of London.

“I knew what I was voting for!” shouted the irate pensioner, incensed at anti-Brexit types like Farron claiming voters like him were ignorant of the referendum’s true import. The Liberal Democrats, traditionally Britain’s third party, favor the softest possible split from the E.U., and would offer a second referendum on the terms of the deal.

“Have you got grandchildren?” Farron asked, perhaps emboldened by the prospect of exposure in the evening news. “Are you proud that they will inherit a poorer, less powerful, less secure country?”

“I’m proud that they are going to be coming out of Europe and that we will have our own destiny,” replied Baker. Turning to the cameras surrounding them, the 65-year-old finished by stating his voter preference in the June 8 vote. “I’ve always voted Labour,” he shouted, “but I’ll be voting for Theresa May.”

Not “the Conservative Party,” not “the Tories.” He will be voting for Theresa May.

In fact, Malcolm will probably be voting for Nicola Blackwood in next month’s general election (if he’s true to his word). She is the Conservative candidate for the local constituency, and voters in Britain do not cast their ballots for a leader, but for a parliament.

But this year, the Conservative Party is trying to change that. Tory campaign teams are being told to emphasize the Prime Minister’s name over the party in literature and in speeches. They are eager — desperate, in fact — for this vote to be a referendum on leadership.

Accordingly, it’s unfolding a little like a presidential contest. Just like Hillary Clinton, May has been unwilling to give the media access. In Cornwall, England’s southernmost county, local reporters claimed to have been shut in a room while May observed a factory. There was no risk of an unscheduled brush with ordinary folk; this PM’s not for humbling.

Later on Wednesday, May took a leaf out of President Donald Trump’s campaign playbook with an astonishing broadside against her chief rival. No, not Jeremy Corbyn (though she did deign to mention the hapless Labour leader she is leading in the polls by as much as 20 points). The faceless European bureaucracy is May’s true opponent in this election, or so she’d like voters to think, and she took a swing at it.

In remarks delivered outside her official residence at 10 Downing Street, May flatly accused European Union officials of attempting to influence the election with “threats” against Britain. “Britain’s negotiating position in Europe has been misrepresented in the continental press,” she said. “Threats against Britain have been issued by European politicians and officials. All of these acts have been deliberately timed to affect the result of the general election.”

This all stemmed from a dinner last week with European Commission chief Jean-Claude Juncker, in which the two sides had discussed their negotiating positions in a supposedly civil environment. The European side quickly leaked messy details of the meeting to German media, claiming May had shown herself to be ill-informed and ill-prepared for the negotiations.

The bureaucrats in Brussels, where the E.U. is headquartered, then followed up with a press conference on Wednesday where they insisted Britain must agree to pay up what it still owes to the E.U. in terms of budget commitments before striking out on its own. According to the Financial Times, the demand could be as much as $100 billion.

Just like her friend in the White House, May decided to forgo leaks and take her message straight to the people. It was an extraordinary move, no doubt intended to seal the impression in voters’ minds that May is a fearless leader willing to stand up to the European enemy. Tomorrow’s right-wing tabloids will surely bang that drum relentlessly.

Perhaps the Prime Minister feels the bigger her personal mandate, the more influence she will have in negotiations with the E.U. But is that really worth getting Brexit talks off on such a poor footing?

The U.K. has a very poor hand coming into the negotiations. Success depends on convincing the 27 remaining countries within the E.U. that a Britain outside the E.U. can be as strong an ally and trading partner as within. If talks collapse, it is Britain who stands to plummet out of the bloc and face the prospect of higher tariffs and stricter quotas under WTO trade rules.

The meaning of this general election is clear: May wants a landslide that would confirm her place as the U.K’s most powerful prime minister in a generation. But it’s not clear those powers would be much use on the playing field in Brussels.

Unless Malcolm Baker is a whiz at trade diplomacy, he and other converts like him may not be much use to May in the longer war ahead. 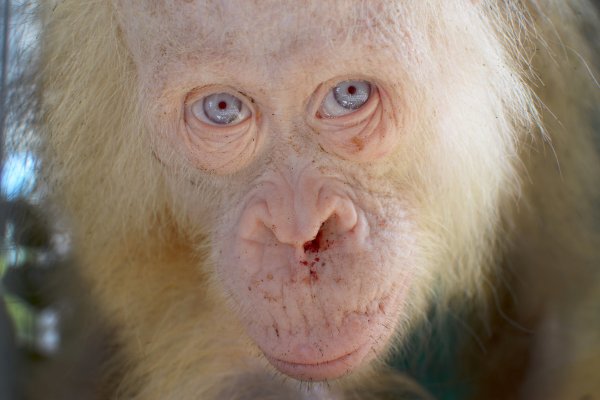