Everything You Need to Know About the Kentucky Derby

“The Most Exciting Two Minutes in Sports” is approaching — the Kentucky Derby will take place on Saturday. The event has a long history combining horse racing and southern traditions. This year will mark the 143rd race for the annual race.

When did the Kentucky Derby start?

What are the most famous winners?

American Pharoah garnered attention in 2015 as the twelfth Triple Crown winner and the first in 37 years. The Triple Crown is awarded to three-year-old Thoroughbred horses that win the Kentucky Derby, Preakness Stakes and Belmont Stakes.

Secretariat, a Triple Crown winner, holds the Kentucky Derby record, finishing the course in one minutes and 59.4 seconds set in 1973. The winning horse also inspired the 2010 film of the same name.

Who is expected to be this year’s winner?

What are some Kentucky Derby traditions?

Possibly the most iconic tradition is the easily-spotted extravagant hats, which became more popular in the 1960s after fashion rules relaxed, allowing people to try new styles.

To keep cool in the Louisville heat, many Derb-goers will sip on a mint julep. The event requires over 10,000 bottles of Old Forester Mint Julep ready-to-serve cocktail, 1,000 pounds of mint and 60,000 pounds of ice, according to the Kentucky Derby’s website. Guests drink close to 120,000 mint juleps over the course of the two-day event. 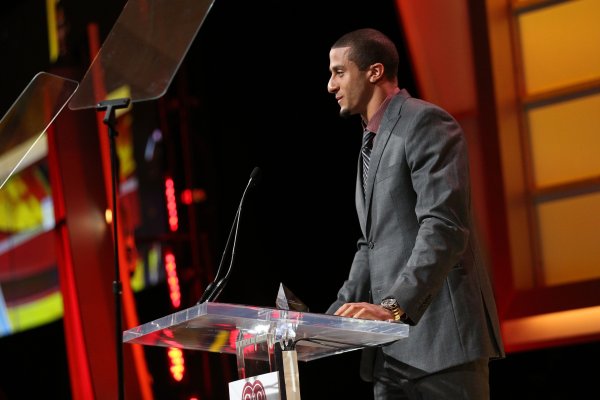 Colin Kaepernick Donates Suits to Former Prisoners to Help With Their Job Search
Next Up: Editor's Pick