Brad Pitt on Divorce From Angelina Jolie: ‘We’re Both Doing Our Best'

In a new interview for the summer issue of GQ Style, Brad Pitt opens up about his split from Angelina Jolie last year.

The couple announced that they planned to divorce last September, and Pitt was subsequently investigated for alleged child abuse, which he was ultimately cleared of by the Los Angeles County Department of Children and Family Services. Jolie and Pitt ultimately agreed to handle their divorce in private this January after reaching a voluntary temporary custody agreement that allows Pitt supervised visitation.

“I was really on my back and chained to a system when Child Services was called. And you know, after that, we’ve been able to work together to sort this out,” Pitt said. “We’re both doing our best.”

The actor added that the former couple agreed to work out their issues outside of court for the sake of their family.

“I heard one lawyer say, ‘No one wins in court — it’s just a matter of who gets hurt worse.’ And it seems to be true, you spend a year just focused on building a case to prove your point and why you’re right and why they’re wrong, and it’s just an investment in vitriolic hatred. I just refuse,” he said. “And fortunately my partner in this agrees.”

Pitt added: “It’s just very, very jarring for the kids, to suddenly have their family ripped apart… So our focus is that everyone comes out stronger and better people — there is no other outcome.”

Read the full interview at GQ. 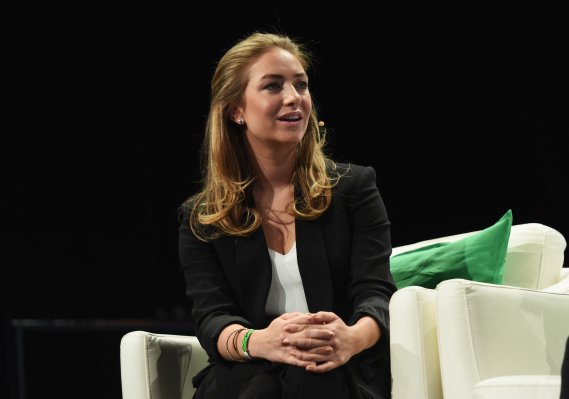 Bumble Founder Whitney Wolfe Talks Dating as a Feminist
Next Up: Editor's Pick