President Donald Trump took to Twitter late Tuesday to share his unconventional view that FBI Director James Comey was “the best thing that ever happened to Hillary Clinton,” shortly after Clinton said during an interview that Comey may have cost her the presidency in last year’s bitter race.

“FBI Director Comey was the best thing that ever happened to Hillary Clinton in that he gave her a free pass for many bad deeds!” Trump tweeted, claiming that the Democratic party has tried to justify its election loss by drawing attention to alleged ties between Trump’s associates and the Russian government.

Speaking to CNN, Clinton said that while she takes responsibility for her crushing upset on Nov. 8, she ultimately blames Comey and Russian interference for swaying voters against her. Comey, who led the investigation into Clinton’s use of a private email server while serving as Secretary of State, revealed less than two weeks before the election that the probe would be re-opened.

“If the election had been on Oct. 27, I would be your President,” Clinton said, referring to the day before Comey’s bruising decision in the form of a letter to Congress. The incident became known as Clinton’s “October Surprise,” throwing a spanner in works of a campaign that was widely projected to win by a large margin and elevate her to being the first woman in the Oval Office.

“I was on the way to winning,” Clinton told CNN, “until the combination of Jim Comey’s letter on Oct. 28 and Russian WikiLeaks raised doubts in the minds of people who were inclined to vote for me, but got scared off.” 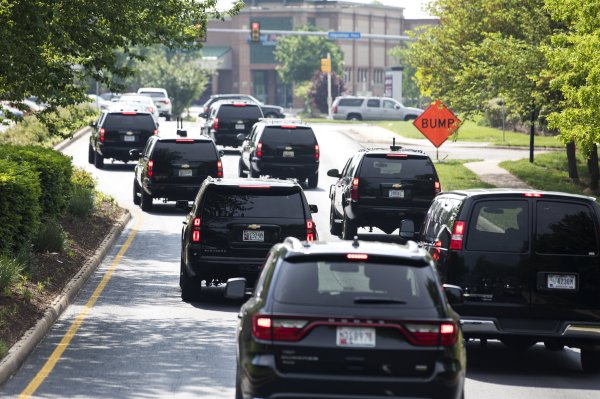 Federal Government to Reimburse Cities for Protecting President Trump
Next Up: Editor's Pick