Hillary Clinton had a message for the White House on Tuesday when she spoke at an event honoring the 100th anniversary of Planned Parenthood in New York, suggesting that “groups of men” in the capital were stripping away women’s rights.

“As we speak, politicians in Washington are still doing everything they can to roll back the rights and progress we’ve fought so hard for over the last century,” Clinton said in the speech, according to CNN.

Clinton, the former Secretary of State and Democratic presidential candidate who ran a fierce campaign against now-President Donald Trump, then made reference to a photo shared by the White House early this year showing more than a dozen male politicians at a meeting on health care.

The image drew widespread criticism and online mockery after it was discovered that the meeting covered topics such as the removal of a federal law requiring insurers to cover maternity leave and prenatal care.

“I mean, could you believe those the photos of groups of men around that conference table deciding to strip away coverage for pregnancy and maternity care?” Clinton said, warning that while a budget passed this week includes funding for Planned Parenthood despite the efforts of some Republicans, the organization had only “narrowly averted a disaster.”

“We come tonight to celebrate the last 100 years, the progress that so many generations have fought so hard for,” she continued, asking her audience to reflect on the plot of the classic novel and newly released television series The Handmaid’s Tale, according to the Hollywood Reporter. “In The Handmaid’s Tale, women’s rights are slowly stripped away,” Clinton said. “As one character says, ‘We didn’t look up from our phones until it was too late.’” 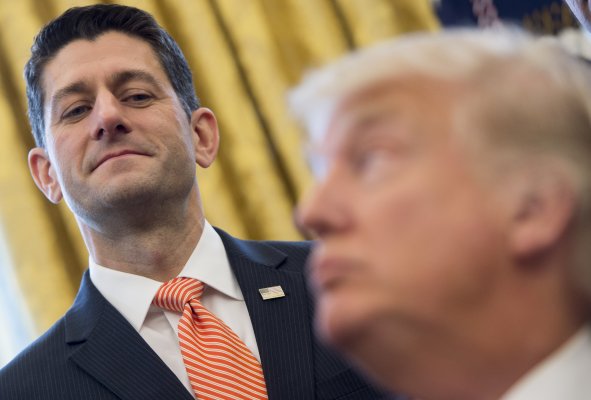