An American man onboard an All Nippon Airways flight from Tokyo to Los Angeles was arrested Monday for brawling with a fellow passenger and reportedly choking an airline employee before the flight took off.

Corey Hour, a passenger who filmed the altercation, told the Washington Post that the man “just flipped” before the ANA Flight 6’s scheduled 6:00 p.m. departure from Narita International Airport, and “nobody knows why.”

In Hour’s video, a passenger in a red shirt appears to hit a fellow passenger in the row behind him. The two men exchange punches as flight attendants try to break up the fight. “I’ll kill you,” the man in the red shirt can be heard saying. After being taken away by attendants, the man returns and resumes the fight.

Japan Today reports that the passenger, identified as a 44-year-old American man, was drunk at the time of the incident. According to JT, the man resisted when ANA staff asked him to disembark the aircraft. When he did leave the plane, the passenger reportedly choked a male airline employee, which led to his arrest.

Hour and others on the flight have praised the way ANA cabin crew — recently named Best Airline Staff in Asia for the second year running — handled the volatile situation.

In a statement issued to the Post, the airline said that “All Nippon Airways apologizes to our passengers on Flight#6 to Los Angeles for the pre-flight incident,” adding that “the individuals involved have been dealt with appropriately by local law enforcement.” 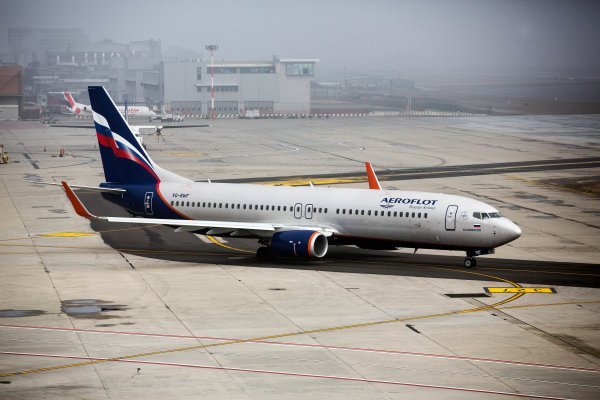 Sudden Turbulence Injures Dozens of Passengers on Aeroflot Flight to Thailand
Next Up: Editor's Pick