In many ways, the domestic and global fight against HIV/AIDs has made great strides. Yet there are still millions of people who are newly diagnosed with HIV globally each year.

One preventive strategy receiving renewed attention and progress is an HIV vaccine. Dr. Larry Corey, the principal investigator of the HIV Vaccine Trials Network based at Fred Hutchinson Cancer Research Center, recently launched a highly ambitious HIV vaccine study, which will test a protective antibody on thousands of people around the world.

“I am cautiously optimistic,” said Corey during a panel discussion at Fortune’s Brainstorm Health conference on Tuesday. Corey says researchers could start seeing very early results from the trials as early April 2019.

Beyond a vaccine, getting people rapid treatment is another way to keep infection rates down, and help people with an HIV diagnosis live a long and healthy life. Dr. Diane Havlir, a professor of medicine at the University of California, San Francisco (UCSF), has been part of an innovative program in San Francisco focused on substantially curb the spread of HIV in the city. A key pillar of the program’s success lies in its strategy to get recently infected people into treatment on the same day as their diagnosis.

“We need to work together in order to reduce the number of HIV infections,” said Havlir during the conference, adding that getting patients into treatment quickly can help empower them to take charge of their treatment. It’s also an inexpensive strategy.

But what will it take to get to zero infections worldwide? Both Corey and Havlir said public commitment and cross sector engagement will be critical. “For sure, HIV is the epidemic of our time,” said Corey. “I think to some extent the health care of our generation is going to be defined by how we handle [it] … We need sustained commitment.”

Havlir agrees. “Invest in research. Invest in care. Either we pay now, or we pay later,” she said. 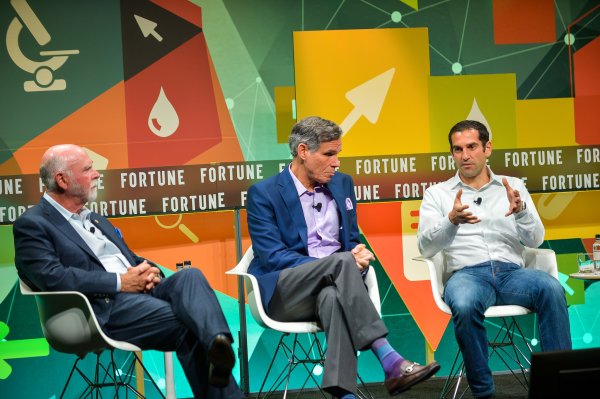 How Scientists Think CRISPR Will Change Medicine
Next Up: Editor's Pick