President Donald Trump was “directly involved” in the quest to find the staffer from the National Park Service who retweeted a comparative photo of his inauguration crowd with that of his predecessor, former President Barack Obama.

On the day of Trump’s inauguration, the official account of the National Park Service retweeted a photo showing a crowd for Obama’s event, compared to a smaller crowd that had gathered for Trump’s that day. The retweet was quickly taken down.

According to a report from CBS News, who cited emails about the exchange released through the Freedom of Information Act, Trump contacted acting National Park Services director Mike Reynolds about the tweet.

“This has become a very sensitive issue, especially since the President has gotten directly involved and contacted Acting Director Mike Reynolds concerned about one of the images that was retweeted,” National Park Services’ Chief of Digital Strategy Tim Cash wrote to NPS Chief Information Security Officer Shaun Cavanaugh on January 21, according to CBS News.

The Washington Post first reported on the contact between Reynolds and Trump on January 26, but neither the White House nor the National Park Services confirmed it.

CBS News also reports that a staffer at NPS tried to find the person who retweeted the image by tracing IP addresses, and the agency became concerned the account was compromised. 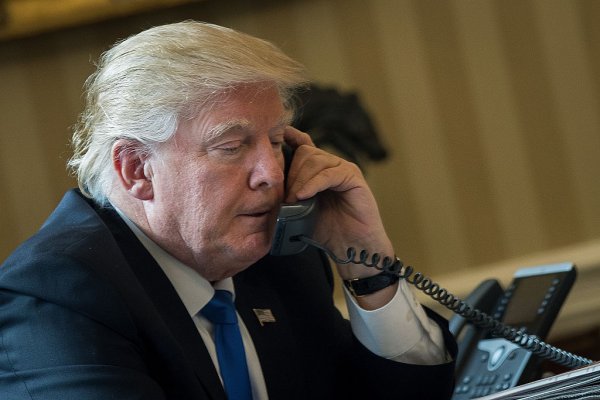 Trump and Putin Had a 'Very Good' Phone Call
Next Up: Editor's Pick