At just 21, self-taught musician Saint Mesa is a bit of an enigma, his sound taking its cue from both the natural world and the electronic one. His new single “Beads,” premiering here on TIME, is equally hard to pin down: a story of his struggle with anxiety and insomnia, told in sweeping sounds and pounding beats. The California-based solo artist’s first EP came out to viral success earlier in 2016, effectively marrying his attention to atmosphere with introspective lyrics. Below, he explains what went into the making of his haunting new track as he prepares for debut festival appearances this summer.

Is there a story behind the song?

I wrote “Beads” at a time in my life where I was getting anxiety attacks before bed, resulting in bad insomnia. It was the feeling of slipping from conscious into subconscious; that rift in the middle of your heart that starts beating harder, like a drum in the distance, and slowly it starts getting louder and faster – and then all of a sudden you’re wide awake. Those nights drove me to write a song about my anxiety.

Why did you call it “Beads”?

The song is titled “Beads” because when I would awaken from these half-asleep anxiety attacks, there would be beads of sweat on my forehead and chest.

How has your personal background influenced the development of your sound?

I was never classically trained in anything, so being self-taught has definitely shaped how I write and produce my songs. Since I’m able to write while doing production, I can merge what I’m writing with the sounds I’m creating. So there’s no barrier between lyrics and track. It’s all written together as one whole, fluid piece.

You clearly have a deep appreciation of nature and natural imagery; where does that connection come from, and how does it find expression in your songs?

I would say that being raised as an active kid in nature, and encouraged to play outside, exploring wildlife and climbing trees — all those things have created a nostalgia for me. There’s also a spiritual aspect to it, where I believe there is a connection between man and earth, and it’s personally rejuvenating for me to find refuge in the wilderness. A lot of the sound design I do ends up sounding very organic and alive. Lyrically, I also write in a specific vocabulary when it comes to colorful imagery. My subject matter focuses on natural inspirations like water to represent anxiety and unconsciousness, or trees to represent being lost. There’s a lot of symbolism in nature, and there’s so much to pull from the world around us. 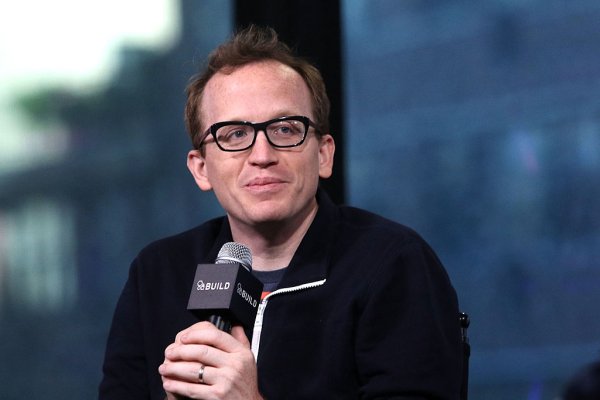 Why Comedian Chris Gethard Is Tackling ‘One of the Least Funny Topics There Is’
Next Up: Editor's Pick