Rashida Jones wants us to talk about the taboo. Along with Jill Bauer and Ronna Gradus, the actor and director produced a new Netflix docu-series, Hot Girls Wanted: Turned On, an offshoot of the 2015 documentary Hot Girls Wanted.

The series has drawn some criticism after two women said they were shown briefly in a Periscope clip without their permission, and an adult film actor who appeared in the series claimed she had revoked her permission to be filmed. The creators have responded, saying their practices adhered to legal standards.

TIME: How did you become interested in the topic of sex and technology?

Rashida Jones: I’ve always been really interested in femininity and sexuality. I think being an actress and growing up in Hollywood, there’s so many complicated pressures about objectification and ownership and confidence.

And things were very different than when I was growing up: On the one hand, there’s a ton more sexual freedom. There’s a ton more room for young women to be whoever they want, show whatever they want, which is great. On the other hand, there’s a lot more pressure to be sexy. That was my in into this world because I think technology is a huge part of that. There’s a lot to unpack.

And that’s how you came to the filmmakers Erika Lust and Holly Randall.

A couple of people we’ve met along the way have said they had such a nice time working with Holly, and Erika is a star in her own right. We just wanted to broaden and show what’s possible, and what it’s like when a woman wants to represent female desire through her own gaze.

A lot of the episodes touch on the issue of privacy. Do you think control over your Internet footprint is an illusion?

I think we need to talk about self-presentation and its relationship with privacy because there is a bit of tension right now around what privacy we’re entitled to and what privacy we’re fine giving up. I think millennials are more comfortable with that tension. I think they’re comfortable having a separate public and private identity. Whereas when I’m with my friends who are not millennials, our attempt at social media is a little bit more sweaty. We’re trying to figure out how to represent ourselves in a way that’s authentic but doesn’t reveal too much. I think it’s more natural for digital natives to have separate personal and public lives.

Until the two things come crashing into each other, as they do in the last episode. That episode is about Marina Lonina, the teenager who filmed her friend being raped on the app Periscope and has to serve time in prison because of it.

To me, that is the most overt example of how much we’ve merged with our technology. We’ve merged enough to engage in what we think is intimacy. But also it’s created this distance from our own accountability. There’s no clearer example than Marina because she lived so much of her life online because she was lonely that she did stop perceiving reality in reality and only thought through the lens of technology. [In the series, Marina says that she didn’t register what was happening in real life, but was focused on the likes and comments telling her to keep filming the assault that were coming in on the app.] That’s pretty scary that it’s so powerful that it can do that.

There’s been some controversy around the series. A few are claiming that their images were used in the series without their permission.

My interest and expertise are more on the creative side. I was not that involved in the legal vetting of the show. From the little that I know, it’s from the Periscope montage, and two women were featured in the montage as an example of average Periscope use. And there’s a fair use law that all these social media platforms rely on to just release all these people’s footage.

I fully understand the shock and frustration they must have. As a performer, I don’t have that much control over some images of myself. And I totally get that. Seeing something that you weren’t even given an opportunity to approve all the sudden being on TV series. That’s got to be shocking. It’s a really unfortunate modern reality, and it’s something I think should be discussed ad nauseam.

I do feel compassion for them. I don’t think anybody in the production company knew they were sex workers. It really was just a montage of people on Periscope. But I have a lot of compassion for them, and I understand how they must feel.

Were there any takeaways from working on this series that you feel you can apply to your own life?

Correction: The original version of this article misidentified the filmmakers featured in the first episode of Hot Girls Wanted: Turned On. They Are Erika Lust and Holly Randall, not Erika Randall and Holly Lust. 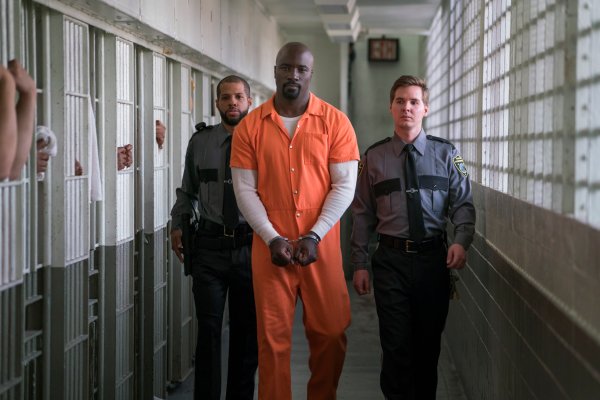