Scott Hamilton on Life After Cancer: 'The Key Is to Get Another Day Out of This Life'

Scott Hamilton is talking about the harrowing health scares that changed his life forever.

In the new People/Entertainment Weekly (PEN) docu-series Scott Hamilton Today, the Olympic figure skater opens up his home to talk about his life today. During the six-episode series, Hamilton, 58, discusses his battle with testicular cancer — which he overcame in 1997 — and being diagnosed with three benign pituitary brain tumors in 2004, 2010 and 2016.

In the debut episode of the series, which premieres Tuesday, Hamilton reveals how those diagnoses affected his perspective.

“When you see people go through cancer, you think, ‘Oh, I could never do that. That just seems so horrible.’ And then you’re given the cancer diagnosis, and the fear is just overwhelming, it’s just on you,” he says in a teaser for the first episode of Scott Hamilton Today. “And then at some point, it flips, and you become really engaged and really strong, courageous, and you have a purpose and a clarity of mission. And something inside of you is awakened that you didn’t know was there.”

Hamilton and his wife, Tracie, have four children — Jean Paul, Aidan, Evelyne and Maxx — and the Stars on Ice cofounder says his faith and his family have been a major inspiration during his medical crises.

“I’ve got kids, I’ve got a wife and a family to support. And I’ve got responsibilities that are right now,” he says. “The key is to get another day out of this life, to get another cuddle with my little one, to get another meaningful conversation with my older ones — and to be there for my wife. A day is a day. I want more of those.”

Hamilton, who advocates for cancer research through his Scott Hamilton CARES Foundation, told PEOPLE last month that his latest brain tumor has actually shrunk without treatment.

For more on Scott Hamilton’s journey to wellness, check out Scott Hamilton Today. The docu-series premieres Tuesday, and six 10- to 15-minute episodes will stream on PEN through the May 30 finale. 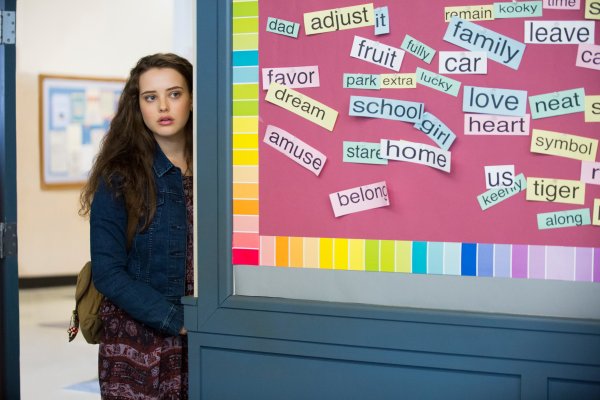 Netflix Adds More Warnings to 13 Reasons Why Due to Suicide Concerns
Next Up: Editor's Pick