British Liberal Democrat politician, Nick Clegg chats to the media outside the Houses of Parliament in London on April 19, 2017.
Ben Stansall—AFP/Getty Images
By Tara John

Britain’s former Deputy Prime Minister Nick Clegg has pledged that his centrist Liberal Democrats Party will, if elected, hold a second national referendum on Britain’s membership to the E.U.

The pledge to give voters a chance to either accept the final Brexit deal negotiated with Brussels or remain in the European bloc will be added to the party’s general election manifesto ahead of the June 8 vote called by Prime Minister Theresa May last month.

Clegg, a former party leader who is now the party’s E.U. spokesperson, was due to tell an audience in London that the referendum on the final agreement with the E.U. will give people a chance to “judge for themselves whether it is the right future for the country.”

“That referendum will offer two choices, accept the deal, or remain in the E.U. Liberal Democrats will campaign for a remain vote,” he was expected to say.

During Tuesday’s speech at the National Liberal Club, Clegg was set to warn of the economic harm that would be “inflicted” on Britain in the event of a hard Brexit— which means Britain loses access to the E.U.’s single market and the customs union. “Our country cannot thrive without a strong economy, yet we can’t have a strong economy and a hard Brexit.”

Clegg was due to say the party will hold the ruling Conservative Party—widely forecast to see its parliamentary majority grow in the June vote—to account in order to “secure terms which retain as many of the benefits of EU membership as possible.”

The Liberal Democrats, the country’s third largest party, signed up at least 12,000 new members since the snap general election was called in April. The party was punished by voters for its role in the coalition government in the 2015 election, which led to 49 Liberal Democrat lawmakers losing their seats. Clegg resigned as the party’s leader following the humbling defeat. 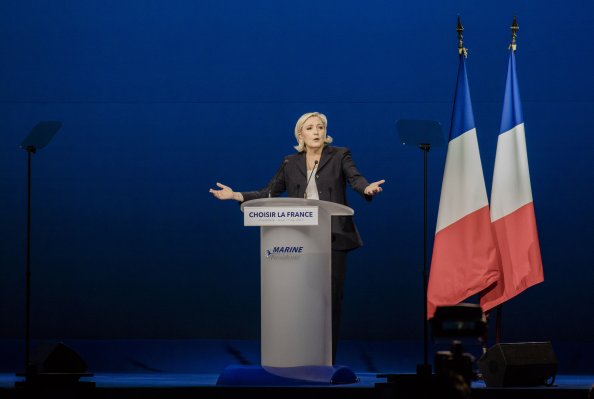