As the co-chair of the 69th annual Met Gala, all eyes were on Katy Perry as she arrived at the event. While some might have assumed that the pop princess would sport the designer being honored that night, the inimitable avant garde designer Rei Kawakubo of Comme des Garçons, Perry opted instead to wear an over the top, bright red concoction from Maison Margiela Artisanal, complete with a voluminous veil that looked fit for a red wedding.

The Internet was quick to chime in about Perry’s dramatic look, with plenty of people weighing in on social media on everything from the ornateness of the look to making some pop culture parallels that compared her to everything from Winona Ryder in Beetlejuice to an otherworldly creature.

Many also criticized Perry’s choice of designer. The ensemble in question is a custom design by designer John Galliano for Maison Margiela Artisanal; Galliano’s controversial return to fashion at Margiela came after a four year exile, following his dismissal from Dior in 2011 after he was filmed making a drunken anti-Semitic rant in a Paris bar. 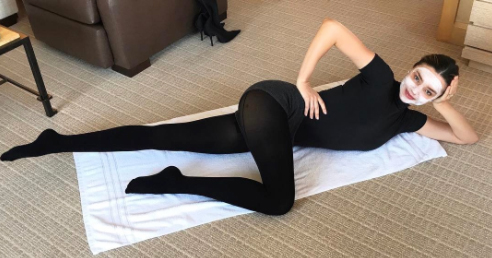 See All the Best Behind-the-Scenes Photos From the 2017 Met Gala
Next Up: Editor's Pick