What We Learned About Jared Kushner From Ivanka Trump's New Book

First Daughter Ivanka Trump released her new book, “Women Who Work: Rewriting the Rules of Success,” on Tuesday. Although much of the book centers on women in the workforce, Trump does provide personal anecdotes, the most notable of which involve her husband, senior White House adviser Jared Kushner.

Here’s what we learned about one of President Trump’s most trusted advisers, who he has put in charge of tasks ranging from revamping the government to solving the Israeli-Palestinian conflict.

He is her calming force

Ivanka describes her husband as one of the most positive people she’s ever encountered, and as someone who can steady her during times of stress. Right before her speech at the Republican National Convention, it was Kushner who calmed her down during her pre-speech jitters, telling her to focus on the task at hand.

“He’s my greatest teacher in this regard, the calm, soothing voice of reason that guides me to focus on what matters most, even in moments of crisis or chaos, when I naturally tend to be a bit more emotional,” she writes. “When I have a lot of different stressors coming at me, he’ll say, ‘Just take one thing at a time. Slow down and focus on what you have the ability to control. Focus on solutions.'”

This description provides insight into Kushner’s role as a top adviser to his father, shedding light on the President’s decision to task Kushner with so many profile roles.Perhaps he’s playing the same role for his father-in-law that he does for his wife.

Since they became an item, Jared and Ivanka have successfully matched seven couples who have gotten married. “We see how our friends’ strengths, passions, and personalities align, and we love helping the people we care about find happiness,” Trump writes. “So far, so good, no divorces!”

Trump was using this anecdote to illuminate the benefits of networking. She said one of her favorite pieces of advice on this topic comes from her husband, who said, “by using your lit candle to light another, your candle doesn’t burn any less bright.”

She tricked him into doing an (all female) half marathon

When Ivanka Trump and her work team were training for a half marathon, she convinced her husband to join in the training, neglecting to tell him he was about to run in an all-female race. Now, their weekend run is part of the time they enjoy together. “Now we look forward to our weekend run as a time to discuss important things that we may not have had time to get to during our busy weeks,” she writes. “I never listen to music when I run anymore as I so look forward to that time with him.” 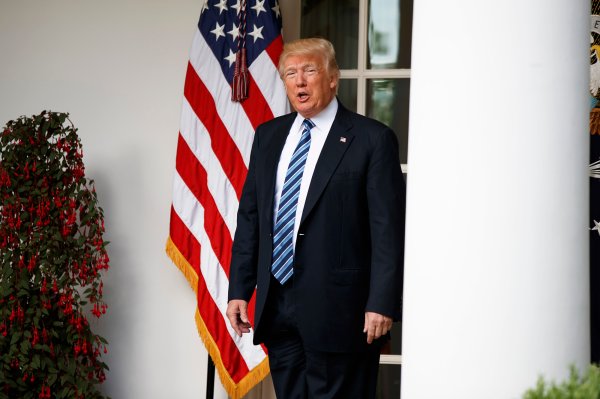 Trump Warns of Government Shutdown in Fall
Next Up: Editor's Pick