Joshua Wong was just 14 years old when he began his career as an activist. Four years later, he was on the cover of TIME magazine for his role in mobilizing the youth of Hong Kong to stand up for democracy.

And now, he’s the subject of a new documentary, Joshua: Teenager vs. Superpower, which chronicles his journey from a regular teen to the spokesperson of a movement and the voice of a generation.

Directed by Joe Piscatella, the film offers a portrait of the inspiration Wong has offered to those that have joined the protest for an autonomous Hong Kong, which was given to the Chinese government in 1997 by the United Kingdom. Under his leadership, thousands upon thousands of young people occupied the streets in pro-democracy demonstrations, with some — including Wong — arrested for their participation.

As Wong puts it in the movie’s trailer, which exclusively premieres on TIME, “The future of Hong Kong should be decided by Hong Kongers.”

The documentary premiered at the Sundance Film Festival in January, where it won the World Cinema – Documentary Audience Award and was nominated for a Grand Jury Prize.

Joshua: Teenager vs. Superpower will be released on Netflix on May 26. 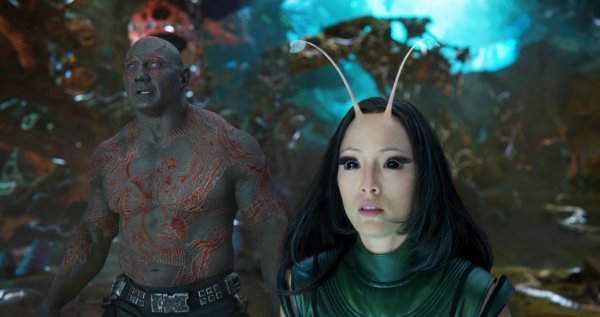 Everything You Need to Know About Guardians of the Galaxy Vol. 2 Before You See the Movie
Next Up: Editor's Pick