'We Are Not Fake News': Journalists Toast Freedom of the Press at Dinner

After years in which it became a forum for celebrity sightings, the annual White House Correspondents Association dinner took a sober turn Saturday.

The annual Washington event, sometimes mocked as “nerd prom,” did not feature a guest appearance from the President—the first time in 36 years that had happened—choosing instead to hold a rally in Pennsylvania marking his first 100 days in office.

Meantime, journalists speaking at the event made serious-minded criticisms of President Trump’s approach to the news media, a turn from the good-natured ribbing afforded to past presidents.

“We cannot ignore the rhetoric that has been employed by the president about who we are and what we do,” said Jeff Mason, who currently serves as president of the White House Press Association. “Freedom of the press is a building block of our democracy. Undermining that by seeking to deligetimize journalists is dangerous to a healthy republic.”

“We are not fake news,” he added, referencing a common insult lobbed by the President.

Watch the video above to see clips from the dinner’s speakers. 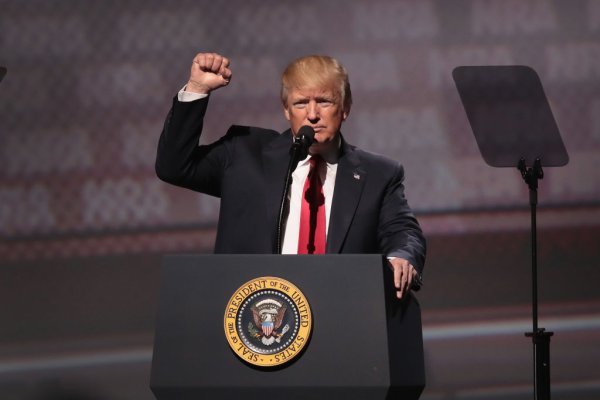 Watch Live: President Trump Holds a Rally in Pennsylvania
Next Up: Editor's Pick