A Canadian man who led the 2012 heist of millions of dollars worth of maple syrup received an eight-year prison sentence and multi-million dollar fine on Friday.

Richard Vallières was fined $9.4 million, and will have to serve six additional years in prison if he does not pay it, for the theft of $18.7 million worth of maple syrup, the CBC reports. The 2012 theft involved taking 3,000 tons of maple syrup from a warehouse that belonged to the Federation of Quebec Maple Syrup Producers, which regulates the syrup trade.

Officials realized the maple syrup was missing in July 2012 when they found dozens of barrels filled with water instead of syrup. Twenty-six people were arrested in an investigation into the missing syrup.

Vallières was found guilty of theft, fraud and trafficking stolen goods. His father, Raymond, and syrup reseller Etienne St-Pierre, have also been found guilty for taking part in the heist. The three men will appeal their convictions, according to the CBC. 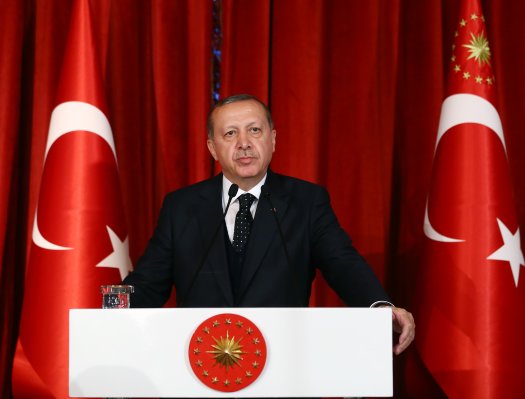 Turkey: Trump Can Open 'Fresh Page' in Relations With U.S.
Next Up: Editor's Pick