The megadonor Mercer family — one of President Donald Trump’s top patrons — dramatically increased its philanthropic giving in 2015 and routed millions of dollars to charities closely associated with the conservative movement, a new tax filing reveals.

The vehicle for the contributions was the Mercer Family Foundation, which is funded by Robert Mercer, the reclusive co-chief executive officer of hedge fund Renaissance Technologies, and run by his daughter, Rebekah. It gave out roughly $24.5 million in charitable grants in 2015, the most recent time period available, a 34 percent increase over 2014.

The 2016 election cycle brought the Mercers new prominence as political heavyweights. They were among the earliest to throw support behind Trump’s bid for the Republican nomination. And they’ve remained among Trump’s most steadfast and influential backers.

Some of the conservative think tanks the Mercer foundation supported in 2015 — the Federalist Society and the Heritage Foundation among them — have helped supply key personnel and policy ideas to the Trump administration since his victory in November.

The Mercers’ political, charitable and business spending also serves as something of a map of their close ties to some of Trump’s top White House advisers, including chief strategist Stephen K. Bannon, and Kellyanne Conway, whose title is counselor to the president.

The Mercers rarely comment publicly about the reasons behind their political and charitable giving, and did not respond to a request for comment from the Center for Public Integrity. During the 2016 election cycle, Robert Mercer contributed $15.5 million to a super PAC that first supported the Republican presidential bid of U.S. Sen. Ted Cruz of Texas, then backed Trump.

The foundation supports a grab bag of groups, from the obscure Oregon Institute of Science and Medicine (run by a scientist whom the Mercers have also supported as a candidate for Congress) to the Stony Brook Foundation (Robert Mercer and his wife live on Long Island) to the Heritage Foundation, a well-known Republican think tank that includes Rebekah Mercer on its board.

Among the tax filing’s other highlights:

The Mercer Family Foundation’s largest single grant in 2015, $5 million, went to the George W. Bush Foundation, which runs the former president’s presidential library. The Mercer contribution was the largest single donation the Bush foundation received that year, per its own 2015 tax filing.

The Media Research Center, a media watchdog group run by conservative activist Brent Bozell, received $3 million. A Center for Public Integrity analysis of the Mercer Family Foundation’s tax filings reveals that the Media Research Center has received about $16.5 million since 2008, a larger amount than any other recipient of Mercer foundation dollars.

The Mercers also gave $2.3 million to the Federalist Society, “a group of conservatives and libertarians interested in the current state of the legal order.” The Mercer Family Foundation has given that group roughly $6 million since 2013.

The Federalist Society has guided Trump’s selection of nominees for federal judgeships. Among the names on its list of suggested nominees: Supreme Court Justice Neil Gorsuch, who was confirmed this month. Leonard Leo, the executive vice president of the Federalist Society, took a leave of absence to personally shepherd Gorsuch’s nomination through the Senate.

Two groups that included both Rebekah Mercer and Bannon on their boards before Bannon joined the Trump administration, the Government Accountability Institute and Reclaim New York, received seven-figure sums.

Schweizer is the author of “Clinton Cash: The Untold Story of How and Why Foreign Governments and Businesses Helped Make Bill and Hillary Rich.” Bannon helped found the group, which the Washington Postreported paid Bannon $376,000 over four years for serving on its board, even as he ran Breitbart News.

The Mercer Family Foundation also gave $500,000 to the Center for Union Facts. The anti-union group is one of a series of nonprofits run by public relations executive Rick Berman, once dubbed “Dr. Evil” in a segment of television newsmagazine “60 Minutes.”

Success Academy’s CEO, Eva Moskowitz, met with Trump after his election in November and was reportedly a candidate to be Trump’s secretary of education. Ivanka Trump, the president’s daughter and advisor, toured a Success Academy school in November.

The Center for Public Integrity news developer Chris Zubak-Skees contributed to this story. 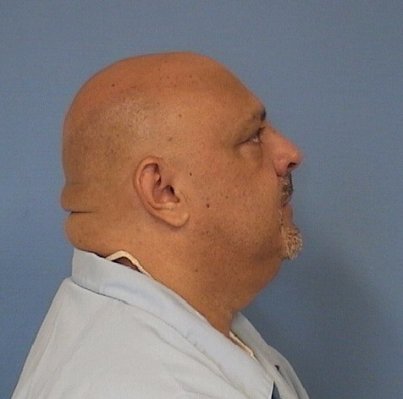