The Differences Between The Handmaid's Tale Show and Book, Explained

The new Hulu television series The Handmaid’s Tale remains in many ways faithful to Margaret Atwood’s dystopian novel. Both the show and the book tell the story of a society with a declining birthrate that forces fertile women, dubbed “handmaids,” to bear children for wealthy men and their barren wives. But Atwood wrote the book on a typewriter in 1984; much has changed since then, both technologically and socially.

And so the show has updated itself to reflect the current times. There are more non-white and gay characters. The main character, June, takes to the streets to participate in women’s marches. And everyone has a smartphone. Other changes are more logistic or cinematic in nature: Serena Joy is younger than she is in the book, and, controversially, Offred reveals her real name.

The Handmaid’s Tale showrunner Bruce Miller told TIME in an interview that he was hesitant to deviate from the book and spoke extensively to Atwood about the changes he decided to make. He cited very specific reasons for every change, including diversifying the cast, cutting June’s mother out of the story and making June more rebellious than she is in the book. Here’s what’s different.

When handmaids move to a new house, they take on the names of their masters. Hence Fred’s handmaid is Offred, Glen’s handmaid is Ofglen, etc. Atwood never revealed Offred’s birth name in the book.

Some astute readers guessed that June was Offred’s real name. When Offred first arrives at the Red Center, she and the other women “exchanged names from bed to bed: Alma. Janine. Dolores. Moira. June.” June is the only name on that list that is not attached to another character in the book. Atwood has said of the theory, “That was not my original thought but it fits, so readers are welcome to it if they wish.”

At the end of the first episode of the show, Offred reveals that her real name is, indeed, June. Likely, the writers chose to reveal her name for practical purposes. It would be difficult to film flashbacks in which no characters used June’s name. June is also more rebellious in the show than the book (more on that below), so revealing her real name to the audience feels like an appropriate act of defiance for this iteration of the character.

In the book, Offred is a passive character. When the government first outlaws jobs for women, she does not take to the streets to protest. When Ofglen later asks Offred to spy on her commander, Offred chooses not to. Her priority is to survive, not rebel.

The series’ Offred is more feisty. In part, Miller explained, he thought it would be more interesting to create a large gap between Offred’s internal and external monologues: Internally, she’s indignant. Externally, she’s obedient. And, frankly, the change makes her a more likeable character, a rulebreaker akin to another one of Elisabeth Moss’ characters, Peggy on Mad Men.

In the book, the leaders of Gilead separate people of different races, much as the Nazis did. We’re told non-white people “were removed from society and resettled in ‘the National Homelands.'” (Likely they were killed or enslaved.) In the series, many of the characters are non-white, including June’s husband, daughter and best friend.

Similarly, more characters in the show than in the book identify as LGBTQ. While June’s best friend Moira is openly gay in the book, June talks about having to adjust to the news after Moira comes out. In the television show, June has no qualms with her friend’s sexuality. The show also reveals that Ofglen was married to a woman before Gilead.

Miller said the change felt necessary in this day and age. “That was a very big discussion with Margaret about what the difference was between reading the words, ‘There are no people of color in this world’ and seeing an all-white world on your television, which has a very different impact,” Miller said of the change. “What’s the difference between making a TV show about racists and making a racist TV show where you don’t hire any actors of color?”

In another interview with TIME, star Elisabeth Moss explained: “We wanted the show to be very relatable. We wanted people to see themselves in it. If you’re going to do that, you have to show all types of people. You have to reflect current society.”

Readers never find out how old Serena Joy is in the book, but Atwood implies she is past childbearing age. Miller said that since Serena Joy is a bigger part of the show, the writers thought it would be interesting to age her down. “Serena feels something she should rightfully be doing right now is being done by someone else,” he said. That makes for a more complex dynamic between Serena and June.

Offred kicks first at the salvaging

In the book, the government allows handmaids to attack and kill men accused of crimes like rape in a ceremony called the Salvaging. Offred hangs back, disturbed by the scene, while Ofglen kicks the man swiftly in the head to knock him unconscious. (She later reveals that he was a spy for the rebels falsely accused of rape by the government.) In the show, however, Offred is among the first to attack the man, probably as a means of catharsis.

We get to see more of Offred’s background

Offred’s backstory is more expansive than it is in the book. Many flashback scenes give the audience insight into how Gilead came to be: The slut-shaming of June and Moira on their run hints at the growth of sexism across the country, and has no in-book parallel. A woman stealing June’s baby in a maternity ward demonstrates the real consequences of the fertility crisis, more so than June’s baby briefly being abducted in a grocery store in the book. The women’s rights march—and shooting—demonstrate how the leaders of Gilead took control more vividly than the second-hand account readers get from Offred in the book. Miller says future episodes will also explore Luke and June’s affair.

We get to see what happens to Ofglen

The book is told entirely from Offred’s perspective, while the show sometimes follows other characters to give audiences a broader understanding of the world. When the camera veers away from Offred, the audiences witnesses scenes far more horrifying than anything Atwood dreamed up. But, like Atwood’s book, the show never depicts anything that didn’t happen somewhere at some time in history, including female genital mutilation as punishment for sexual transgression.

The book gives readers a small glimpse into a terrifying world. Both Miller and Moss have expressed interest in exploring that world beyond the confines of Offred’s room in seasons to come.

Offred’s mother is not in the show

The book depicts a rift between Offred and her mother, a women’s rights activist who marched in pro-choice rallies in the 1960s. Offred’s mother believes that Offred and her generation do not appreciate the sacrifices the feminists made for them. Miller says that debate felt a little dated in an era when feminism is less of a dirty word. June’s mother did not make it into the first season of the series.

And some smaller updates 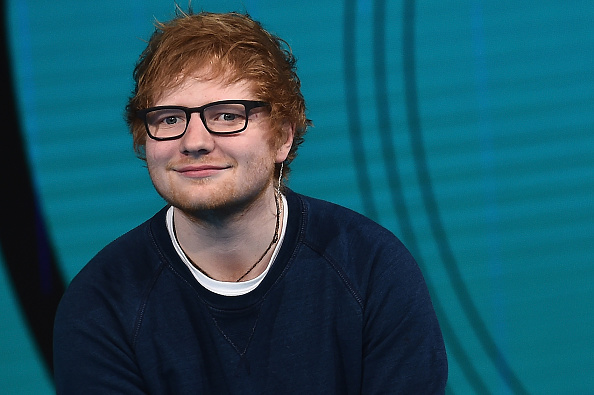 Ed Sheeran Reveals the Details of His Game of Thrones Cameo
Next Up: Editor's Pick