Republican lawmakers are wading into the intensifying debate over free speech on campus, proposing legislation in at least half a dozen states to regulate student protests and discipline hecklers.

Inspired by a spate of recent demonstrations that shut down controversial conservative speakers at universities from Vermont to California, Republicans are seeking more formal punishments for students who disrupt speeches, including expulsion.

“All across the nation and here at home, we’ve seen protesters trying to silence different viewpoints,” Speaker of the Wisconsin State Assembly Robin Vos, a Republican, said in a statement last week, announcing the Free Speech on Campus Act. “We need more speech, not less; it’s time to put in appropriate measures to ensure all speech is protected at our universities.”

In the past few months, schools across the country have struggled to handle protests and counter-protests that derailed events featuring controversial speakers. Conservative writer Charles Murray was shouted down and then physically confronted by protesters who surrounded his car at Vermont’s Middlebury College. Peaceful protests turned violent and resulted in more than $100,000 in damage at the University of California, Berkeley, forcing the cancellation of an event with far-right pundit Milo Yiannopoulos. Last week, conservative pundit Ann Coulter canceled her event at Berkeley, calling it a “dark day for free speech in America” after a lengthy back-and-forth that culminated in the Berkeley College Republicans suing the university.

The proposed Wisconsin law would require students to be suspended for at least one semester or expelled if they are twice found responsible for “interfering with the expressive rights of others.” The bill also requires that campuses be open to all speakers who are invited and asks that universities strive to remain neutral on public policy issues.

The bill, which would only apply to state universities, is similar to legislation currently under consideration in Illinois, Michigan, North Carolina, Texas and Virginia, according to the conservative Goldwater Institute, which drafted the bill after which they’re modeled.

Those who support the legislation and those who oppose it all say they have the same aim: to shore up freedom of expression on campus. But their approaches differ — with liberals calling for the right to protest views they deem offensive, while conservatives say they want to protect space for unpopular ideas that spark disagreement.

Jim Manley, senior attorney at the Goldwater Institute, said the goal of the proposed legislation is to prevent future speaking events from being canceled. “The reaction should be: ‘How can we challenge these ideas and present what we think is the right viewpoint?'” he said.

“It’s so important for universities to be bastions of free speech because the university is a place where you can think the unthinkable, and ideas can be debated in a way that helps us seek truth,” Manley added. “If we put artificial guard rails on that discussion, we’re all the poorer for it.”

Democrats in some states, though, have criticized the legislation as extreme and potentially harmful.

“I disagree strongly that the university needs us to tell them how to handle this,” Rep. Terese Berceau, a Democrat representing Madison, Wis., told the Wisconsin State Journal, calling the issue an “artificial, political controversy.” Democratic Rep. Dianne Hesselbein said the bill might protect one student’s right to free speech at the expense of another’s. Other lawmakers said the bill is unnecessary because universities already have disciplinary policies for disorderly conduct.

And in North Carolina, where a similar bill passed the House last week, some Democratic lawmakers voiced concern that if universities strive to remain neutral on public policy, it could affect their ability to research or comment on climate change.

But free-speech watchdog groups said the proposed legislation could be a step in the right direction.

“I have to say, after a state legislative season where we’ve seen a lot of bills trying to penalize or prohibit protest, it’s certainly nice to see state legislatures trying to protect speech,” ACLU attorney Lee Rowland said, while adding that it will be challenging to get the balance right. She said the bills are written too broadly and don’t effectively distinguish between peaceful protests and aggressive obstruction.

Joe Cohn, legislative and policy director at the Foundation for Individual Rights in Education, which supports civil liberties on campus, said the provisions that enforce a minimum suspension or expulsion might be “too heavy-handed.” But he said some sanctions are necessary when protests get out of hand, “otherwise you foster an environment where the way you get your way or the way you stop your political adversaries is engaging in violence.”

Cohn, who is working with the Goldwater Institute and lawmakers on this legislation, said it’s crucial to ensure that all forms of constitutionally protected speech remain protected under new laws. That means distinguishing between acts of free speech — booing or silently walking out of a lecture — and acts of censorship, which include grabbing a microphone, assaulting a speaker or blocking the entrance to a building.

“When you actually prevent others from hearing a speaker, then you have infringed on free speech rights,” Cohn said. “And free speech means nothing if you don’t also have the freedom to listen.” 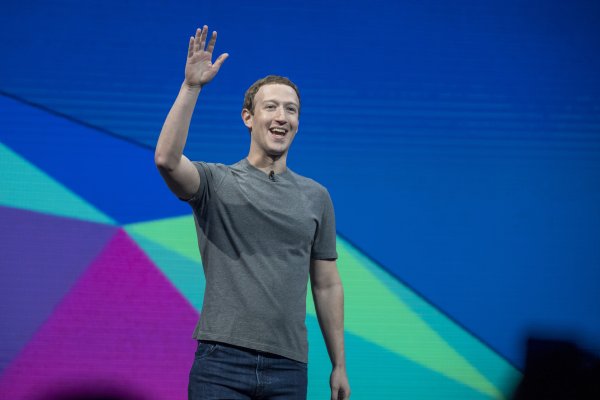 The Successful College Dropout Is a Myth
Next Up: Editor's Pick