Here's What Nintendo Told Us About the New 2DS XL

If you’re wondering why Nintendo is adding a member to its 3DS family of game handhelds, or who it’s for, the company’s North American president just offered TIME a plausible explanation.

At the high end of Nintendo’s devoted gaming handheld family sits the new 3DS XL, a top-end, full clamshell, $199 entry with glasses-free 3D (enhanced by a face-tracking camera), capable of playing everything in the 3DS as well as original DS and DSi libraries.

Opposite it, at the entry-level tier, sits the standard 2DS, a $79 version with both of its notably smaller 3D-incapable screens fixed to a smaller rigid body. And though it, too, plays extant 3DS, DS or DSi games, it has no way to play games developed specifically for the new 3DS XL.

The new 2DS XL, due July 28 and more aptly contrasted with the 3DS XL, now perches in the middle at $149. It is, for all intents and purposes, a prettier, lighter, ergonomically refined 3DS XL — minus the 3D. Or in other words, it’s for the hypothetical consumer who Nintendo of America boss Reggie Fils-Aimé says wants the size and spatial comfort of the 3DS XL but couldn’t care less about auto-stereoscopic razzle-dazzle.

“There is a visual impact difference between these different items, and we believe in our market by having these three different variants,” he tells TIME. “The Nintendo 2DS really focused on that entry level gamer, the four-, five-, six-year old that is just getting into gaming, but wants to play Mario Kart, wants to have a Super Mario Bros. experience, wants to play Pokémon. And we feel with Nintendo 3DS XL at $199 that it’s a fully-featured product, that it is, if you will, the Cadillac of handheld gaming. And then we heard from consumers, ‘Boy, I wish there was something in between.'” Ergo the new 2DS XL, says Fils-Aimé.

Which makes the 2DS XL a rather curious demographic bet, at least if you find questions like “How many people really care about autostereoscopic 3D?” interesting. Fils-Aimé says Nintendo doesn’t have usage data on where consumers map on the spectrum of 3D use. But he did divulge the demographic sales breakdown for the 2DS and 3DS handhelds to date.

“If you look life-to-date at the overall performance of the platform, almost 90% of the unit sales have been with 3D visual capability,” says Fils-Aimé. “So maybe said a different way, 2DS to date has represented only 11% of the total volume base. What that tells me is that for the vast majority of consumers, 3D is an important feature.”

That’s one possible interpretation. But it could also indicate consumer preference for the 3DS XL’s eye-and-hand-friendlier physical dimensions and screen sizes. That is to say, presumably some subset of that 90% bought the 3DS XL for its form factor, not its ability to output 3D. The question most salient to the new 2DS XL’s future is thus “How many?”

Will existing 2DS owners upgrade, or might younger ones be upgraded at the behest of parents looking to mitigate eyestrain? Will 3DS XL owners with cash to burn make a lateral move on the merits of the new 2DS XL’s redesign perks? And just how many more would-be 3DS family buyers are out there, now that the Switch is here with sharper visuals, myriad potential play scenarios and a form factor that’s just as mobile?

Fils-Aimé’s answer in part is to point to 3DS sales over the past year. “Our 3DS business is growing,” he says. “Here in the Americas, our financial year-on-year 3DS hardware grew by 13% and 3DS software grew by 28%.” Impressive numbers, but also pre-Switch ones. The grand experiment is afoot, and next year’s fiscal numbers will tell much of its tale. 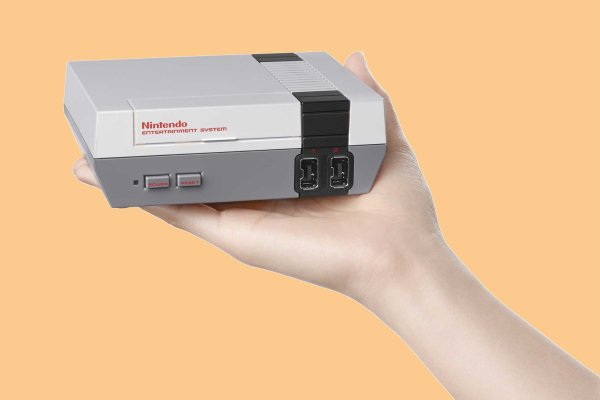 Nintendo Says it Sold Over 2 Million NES Classics
Next Up: Editor's Pick